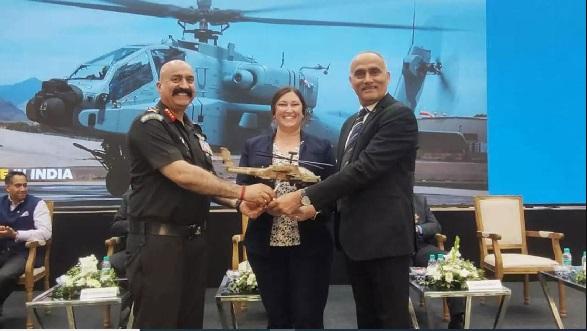 The Boeing AH-64 Apache is an American twin-turboshaft attack helicopter with a tailwheel-type landing gear arrangement and a tandem cockpit for a crew of two. It features a nose-mounted sensor suite for target acquisition and night vision systems. It is armed with a 30 mm M230 chain gun carried between the main landing gear, under the aircraft’s forward fuselage, and four hardpoints mounted on stub-wing pylons for carrying armament and stores, typically a mixture of AGM-114 Hellfire missiles and Hydra 70 rocket pods. The AH-64 has significant systems redundancy to improve combat survivability.

With more than 1,275 AH-64 Apaches in operation accumulating over 4.9 million flight hours globally, 1.3 million of which have been in combat, the attack helicopter holds the reputation of being the world’s most advanced and proven attack helicopter.