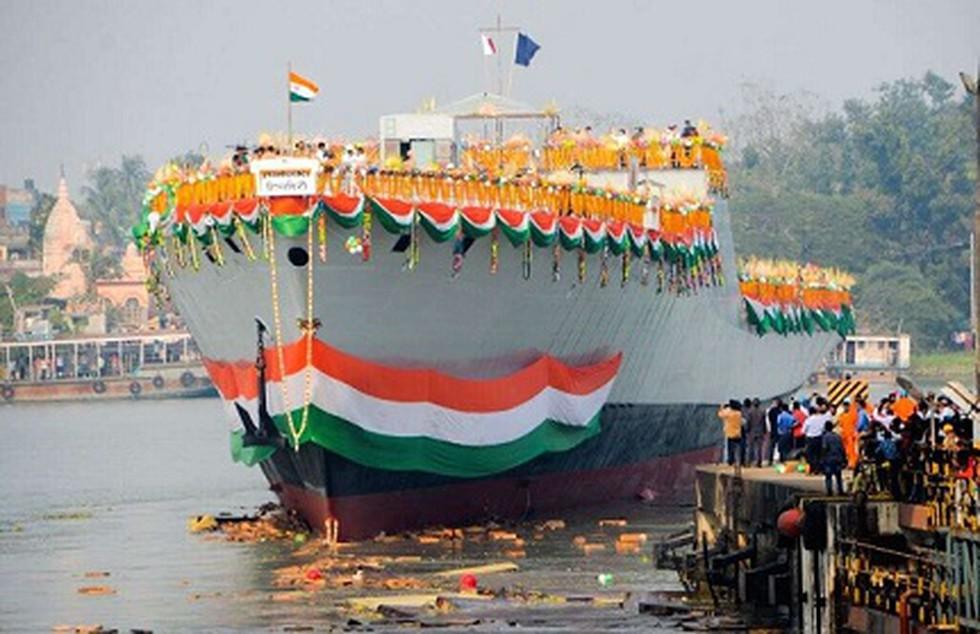 ‘Taragiri’, the third stealth frigate of the Indian Navy’s Project 17A, was launched in Mumbai, the Mazagon Dock Shipbuilders (MDL) said. This ship has been built using an integrated construction methodology which involves hull block construction in different geographical locations and integration and erection on the slipway at the MDL, it said in a statement.

The ship was named by Charu Singh, President, Navy Wives Welfare Association (Western Region), wife of vice admiral Ajendra Bahadur Singh, FOC-in-C Western Naval Command, who was the chief guest. The keel of ‘Taragiri’ was laid on September 10, 2020. The ship is expected to be delivered by August 2025, the statement said. The vessel is being launched with an approximate launch weight of 3,510 tons. The frigate is designed by the Indian Navy’s in-house design organization, the Bureau of Naval Design.

What the Manufacturer Said:

“In compliance with the notification issued by the Ministry of Home Affairs, the Government of India declaring a state mourning on September 11 (due to the passing of Queen Elizabeth II), the event was limited to a technical launch. As the event is tide dependent, any change in the schedule was not possible,” the MDL said. The MDL has undertaken the detailed design and construction of the ship which is also overseen by the Warship Overseeing Team (Mumbai).

Himgiri, the first of the three stealth frigates being built by Garden Reach Shipbuilders and Engineers (GRSE), Kolkata, under Project 17A for the Navy, was launched into the water. The total value of Project 17A is around Rs 50,700 crores, the statement said. The second ship of the ‘Udaygiri’ class under the project was launched on May 17 this year. It is expected to start sea trials during the second half of 2024.