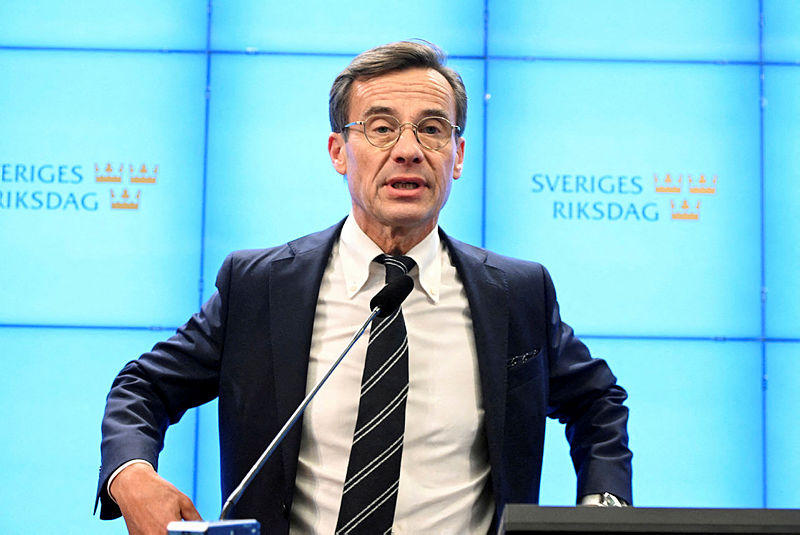 Sweden’s parliament elected Moderates leader Ulf Kristersson as the country’s new prime minister. A total of 176 members of the Riksdag voted in favor of Kristersson, while 173 members voted against him.

The Sweden Democrats were the big winners in the closely fought September 11 general election.  They emerged as the second-largest party with a record 20.5 percent of votes, trailing only the Social Democrats, who have dominated Swedish politics since the 1930s. The right-wing bloc now has 176 seats in parliament, to their left-wing rivals’ 173. Kristersson’s four-party alliance unveiled a 62-page roadmap heavily influenced by the far-right agenda. It promises major crackdowns on crime and immigration and the construction of new nuclear reactors.

Sweden Democrat leader Jimmie Akesson told parliament that while his party would have preferred to be in government and holding cabinet posts, the policies the coalition pursued were most important. “It is what the government does that is important, not what the government looks like,” he said. Akesson accused past governments, on both left and right, of mismanaging the country. “We are ready to support a new government because we have made sure, through negotiations, that it will do enough of what is necessary to reverse this trend,” he said.

In its roadmap, the incoming government said it aimed to cut the number of refugees resettled in Sweden through the UNHCR from 6,400 last year to just 900 per year during its four-year mandate, introduce incentives to encourage immigrants to return home, and explore the feasibility of deporting foreigners based on “misconduct”.

Rise Of The Far-Right In Europe: A Concerning Signal:

Nationalism has always been a feature across Europe’s political spectrum but there has been a recent boom in voter support for right-wing and populist parties. In part, voters are frustrated with the political establishment, but they also have concerns about globalisation, immigration, a dilution of national identity and the European Union. In the European Parliament, nine far-right parties have formed a new bloc, called Identity and Democracy (ID).

The socialists are in power in only four of the fifteen European Union (EU) member state governments (Germany, Great Britain, Greece, and Sweden). They have squeezed into coalition governments with the right in Belgium and Finland (a government led by a liberal in Belgium and by a socialist in Finland). In the nine other countries, the right governs. This “blue wave” must not, however, be interpreted as a sign of the far right’s unstoppable ascent. Certainly, in a number of countries, the latest parliamentary and presidential elections have revealed a dynamic of populist and nationalist parties, sometimes from the far right, and these have found prospects in three countries.

A Very Same Idea Has Been Delivered Through This Article, Please Read It: