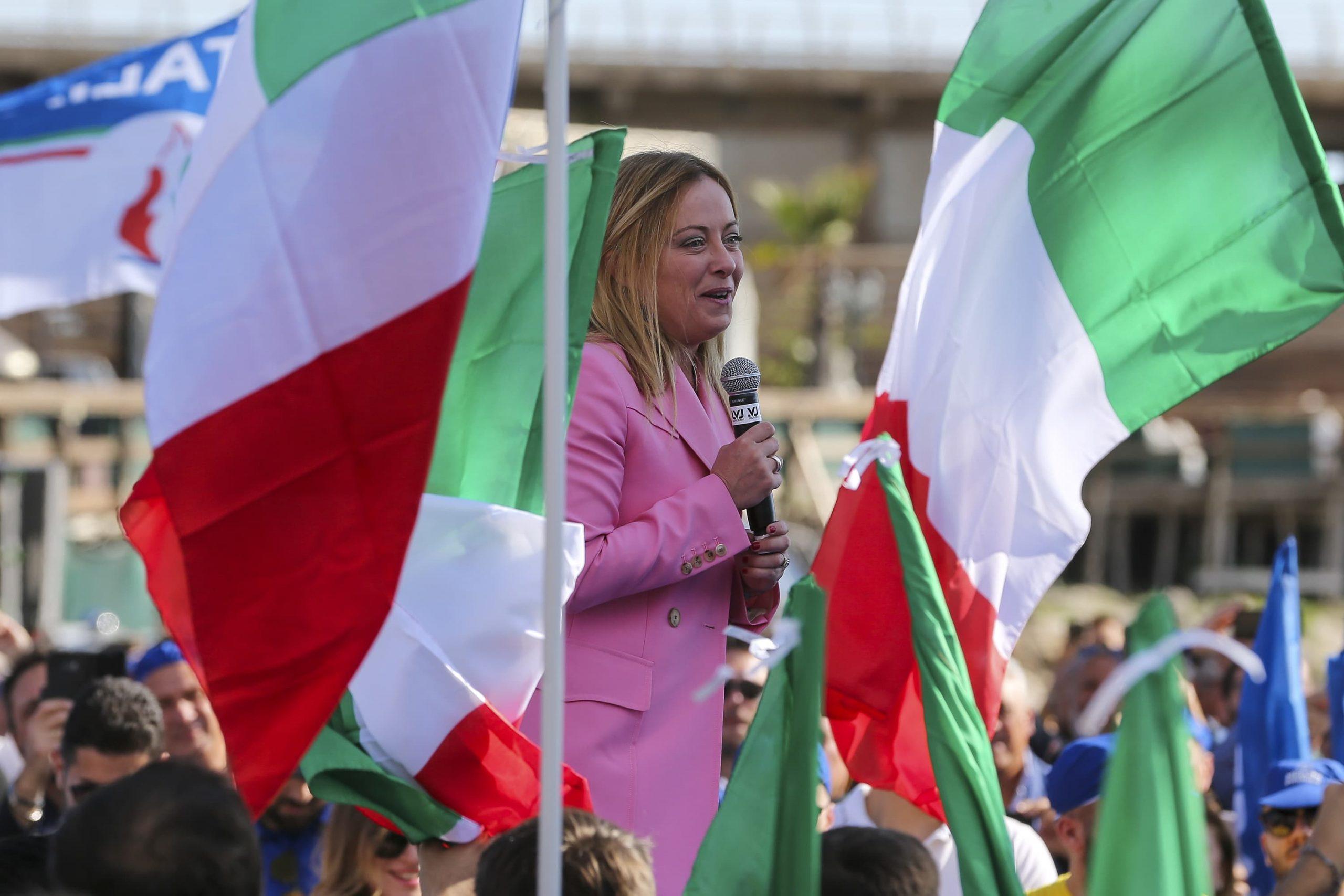 Italy has elected a hard-right coalition led by a party that descended from Benito Mussolini’s fascist party in the aftermath of World War II. The party’s leader, Giorgia Meloni, is set to be Italy’s first female prime minister and one that’s already rattling the European Union, of which Italy is a founding member. Her victory comes at a time when parties with fascist roots are making gains across Europe.

The party that’s leading the government is called the Brothers of Italy. And just four years ago, it was a small, rather fringe party. And it’s partnered in the coalition with two smaller right-wing parties to form a right wing, a hard-right coalition. This party used to be known for its extreme views. But, during this campaign, it’s become something much more moderate. It supports NATO. It supports defending Ukraine. It supports, like, transatlanticism. And so voters didn’t look into the past. Its past does have fascist roots. And it looked very much at what it’s presenting right now during the campaign, something much more moderate.

Her alliance, which also includes Matteo Salvini’s League and Silvio Berlusconi’s Forza Italia, claimed about 43% of the vote, according to projections for RAI, the public broadcaster. That would give the bloc at least 114 seats in the Senate, where 104 votes are required for a majority. Meloni emerged from the political fringes after leading the opposition to Mario Draghi’s technocratic administration which stabilized the country over the past 18 months following the trauma of the pandemic. Yet the charismatic 45-year-old has little experience of governing and she would be taking office at a perilous moment for her country.

Salvini is a long-standing admirer of Putin and has argued for scrapping Western sanctions on Russia. European Commission President Ursula von der Leyen outraged Meloni’s supporters last week by hinting the European Union could somehow intervene if Italy were to go in a “difficult direction” and deviate from democratic norms. Meloni has pledged to support Ukraine, Berlusconi last week told an Italian television news network: “Putin was pushed by the Russian people, by his party, by his ministers to come up with this special operation,” using Russian President Vladimir Putin’s terminology for his military campaign.

The Hungarian prime minister’s long-serving political director, Balazs Orban, was quick to congratulate Italy’s right-wing parties: “We need more than ever friends who share a common vision and approach to Europe’s challenges.” In France, Jordan Bardella of the far-right National Rally said Italian voters had given European Commission chief Ursula von der Leyen a lesson in humility. She had earlier said Europe had “the tools” to respond if Italy went in a “difficult direction”.