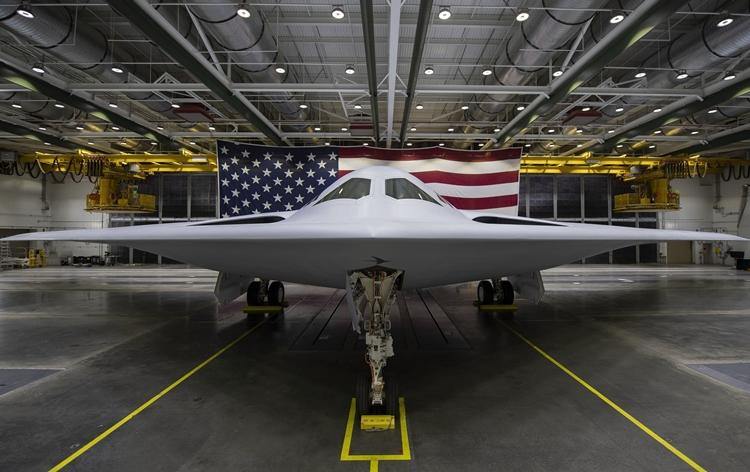 The United States has unveiled its latest high-tech strategic bomber – the B-21 Raider – which is capable of carrying a nuclear payload and can be flown without a crew on board.

What More About this:

The next-generation stealth bomber was rolled out at arm’s manufacturer Northrop Grumman’s facility in California. The US Air Force plans to buy at least 100 of the B-21 aircraft, which comes with a $700m price tag per plane.

The unveiling of the new bombers comes at a time of heightened geopolitical tensions between the US, Russia and China amid the war in Ukraine and the territorial integrity of Taiwan.

Russian and Chinese strategic bombers flew a joint eight-hour patrol over the western Pacific in a display of ongoing military cooperation between the two nations. China’s Defence Ministry called the mission a “routine” effort in bolstering defence ties with Russia. Moscow and Beijing are also currently developing strategic stealth bombers – China’s Xian H-20 and Russia’s nuclear-capable Tupolev PAK DA – which are expected to compete with the B-21.

What Has Been Said: Features Of The B-21:

While the B-21 is capable of taking to the air without a pilot, the US Air Force said the aircraft is “provisioned for the possibility, but there has been no decision to fly without a crew”. “The B-21 Raider is the first strategic bomber in more than three decades,” US Defence Secretary Lloyd Austin said. Austin touted the aircraft’s range and superior design.

China could have 1,500 nuclear weapons by 2035. And the U.S. defense department said recently in its yearly China report that China’s gains in cyber warfare, space capabilities and other areas present the most serious “challenge to U.S. national security and the free and open international system.”