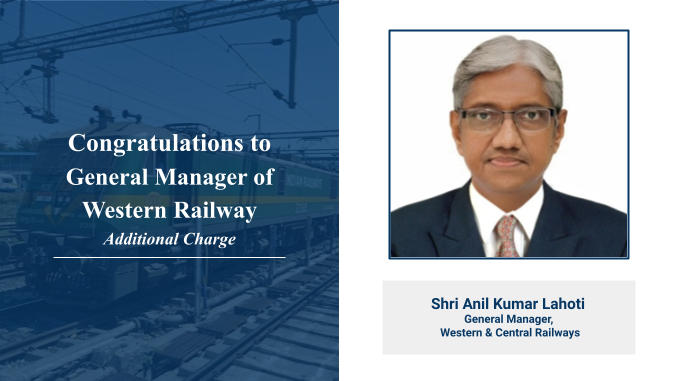 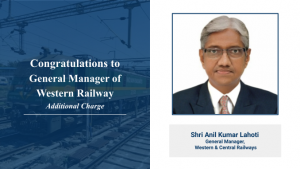 Anil Kumar Lahoti has been appointed as the Chief Executive Officer and Chairman of the Railway Board. The former General Manager of Central Railway was appointed as a Member (Infrastructure) of the board a week ago, and will be taking over the chairmanship from Vinay Kumar Tripathi on January 1.