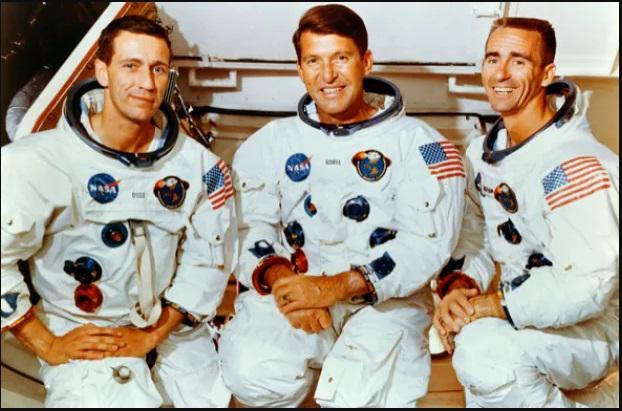 On October 11, 1968, three men boarded NASA‘s Saturn IB and had what the agency described as a “perfect launch” into space in the first crewed Apollo mission. On Tuesday, Walter Cunningham– the last surviving astronaut on that mission who helped pave the way for humans to walk on the moon – died in Houston. Walter was a fighter pilot, physicist and entrepreneur, above all, “he was an explorer.”

One of his first encounters, however, ended in tragedy. He, along with Walter Schirra and Donn Eisele, were backup crew members on the Apollo 1 mission in 1967 when a flash fire occurred during a launch pad test. The incident resulted in the deaths of three other astronauts.

A year later, those three backup crew members made history as they became the first human test flight of the Apollo spacecraft. They stayed in space for 11 days, traveling 4.5 million miles, with Cunningham serving as their lunar module pilot. The mission also provided the first live TV transmission of onboard activities in space.

The Apollo 7 mission was an essential step in the history-making space venture that would take place just months later in July 1969. It was then that Apollo 11 astronaut Neil Armstrong became the first person to walk on the moon, uttering his famous words as he climbed down the ladder: “That’s one small step for a man, one giant leap for mankind.”