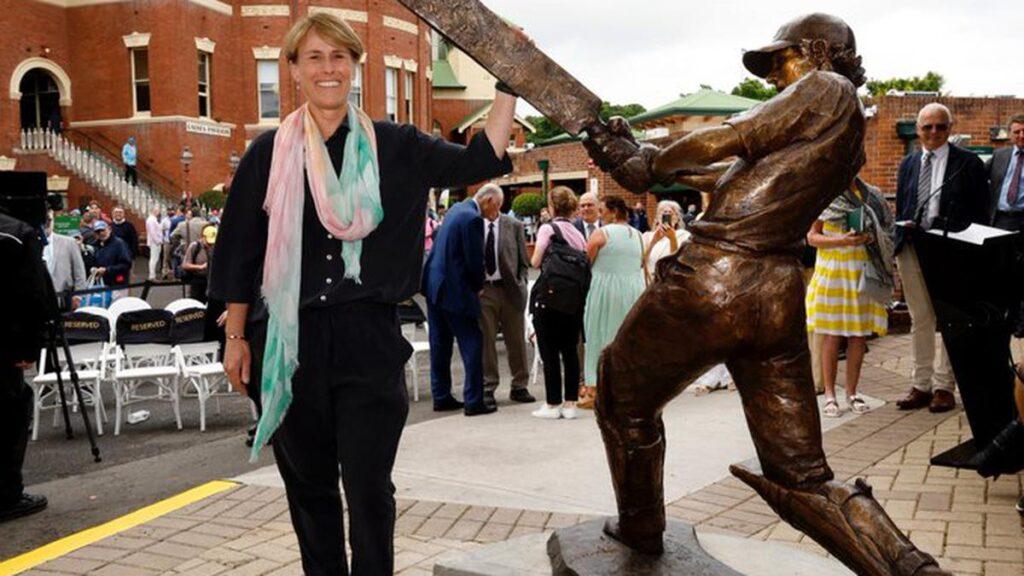 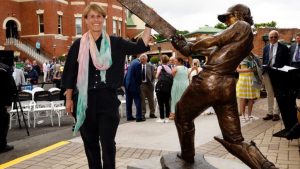 Australia’s Belinda Clark has become the first female cricketer to have a statue cast in her honour, a bronze sculpture of the trailblazing former captain unveiled outside Sydney Cricket Ground. Clark played 15 tests and over 100 limited overs matches between 1991-2005, and became the first cricketer to score a double-hundred in one-day internationals when she made an unbeaten 229 against Denmark in 1997.

The 52-year-old’s statue stands alongside Richie Benaud, Fred Spofforth, Stan McCabe and Steve Waugh as cricketers honoured with sculptures in the SCG precinct. at the ground. Her bronze cast now stands alongside former captain Richard Benaud and Steve Waugh. The 52-year-old Clark who has held several roles in Australian Cricket board was excited on this honour. Known for scoring the first double century in ODI cricket, Clark played 15 Tests and over 100 l imited-over matches between 1991-2005. His historic double hundred came against Denmark in 1997 with an unbeaten knock of 229.