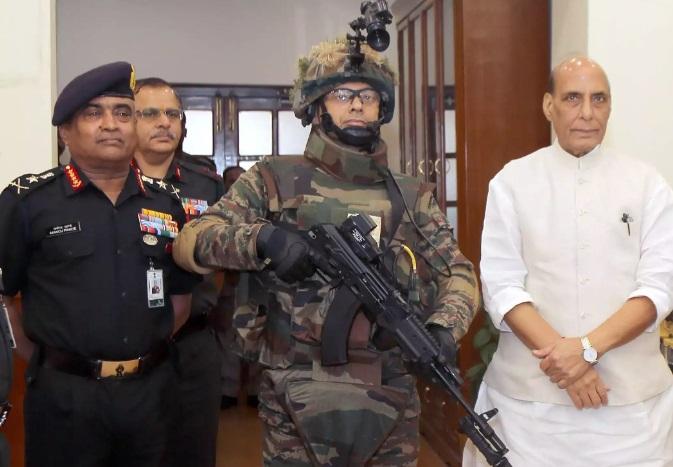 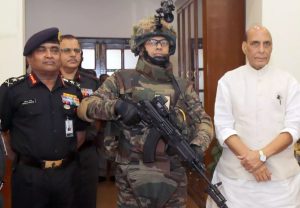 Defence Minister of India, Rajnath Singh handed over to the Indian Army the much-awaited Future Infantry Soldier as a System (F-INSAS) at the unveiling ceremony of various defence and strategic systems held in Delhi. The full gear of the F-INSAS includes an AK-203 assault rifle, which is a Russian-origin gas-operated, magazine-fed, select-fire assault rifle.

About the (F-INSAS) System:

For the survivability of the infantry soldier, a ballistic helmet, ballistic goggles, bulletproof vest, elbow pads and knee pads have been provided in the system. F-INSAS also includes a state-of-the-art target acquisition and communication system. The Defence Research and Development Organisation (DRDO) conceptualised the F-INSAS project in the early 2000s in line with the targets of the Army’s Infantry Soldier Modernisation Programme to optimise the soldier’s performance across the full spectrum and duration of a military operation.