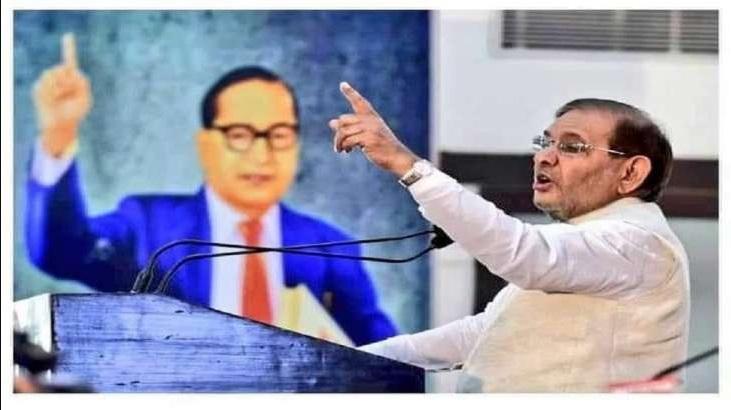 Socialist stalwart and former JD(U) chief Sharad Yadav passed away. He was 75. He is survived by his wife, daughter and son. A 7-term Lok Sabha and 4-term Rajya Sabha member, Yadav, a former Union Minister, had not been keeping well for some time.

He participated in a number of mass movements and was detained under MISA during the turbulent 1970s. Much later, he was among the leaders who played a significant role in the implementation of the Mandal Commission recommendations.

An earthy politician with rustic wit and charm, Yadav, who always preferred to wear dhoti and kurta, was one of those pre-Emergency Janata leaders who rose in politics, championing and practising strident anti-Congressism to carve out a space for themselves in the 1980s and the post-Mandal 1990s.

Bihar was his political home. In fact, he was one of the few who had been instrumental in installing Lalu Prasad as Chief Minister of Bihar in 1990. Having played a role in implementation of the Mandal Commission recommendations, Yadav emerged as one of the frontline leaders of the Janata Parivar in the 1990s.