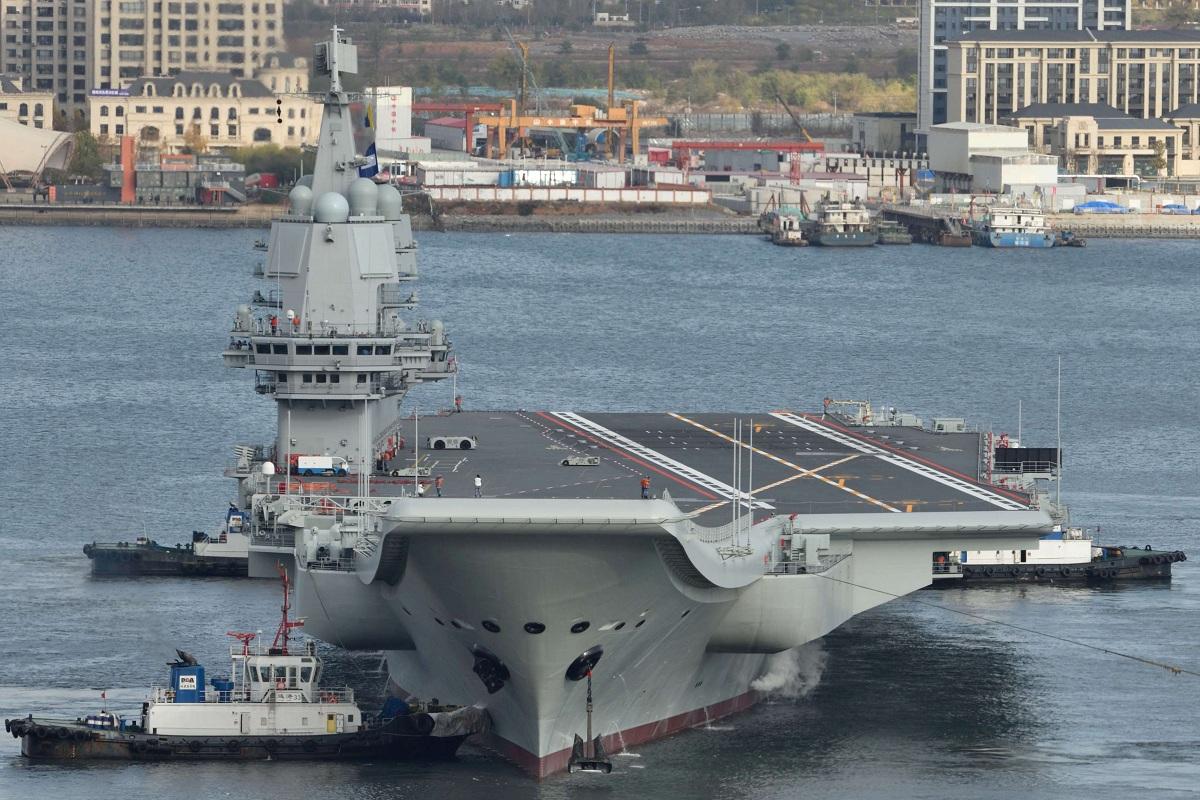 China launched its third aircraft carrier, the country’s most modern and first “completely domestically made” naval warship, as an aggressive Beijing pushed to expand its navy’s range in the key Indo-Pacific area. The ‘Fujian’ aircraft carrier was launched at a brief ceremony at Shanghai’s Jiangnan Shipyard, according to official media reports from the eastern metropolis.