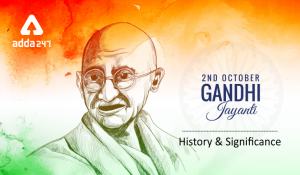 The leadership of Mahatma Gandhi:

Gandhi was a preacher of non-violence. He had also played a major role in the Indian independence movement. On 6th July 1944, Subhash Chandra Bose addressed Gandhi as “The Father of the Nation” and on 28 April 1947, Sarojini Naidu during a conference also referred to Gandhi as “Father of the Nation.” Few Important events done by Mahatma Gandhi are listed below:

Some of the books written by Mahatma Gandhi are: