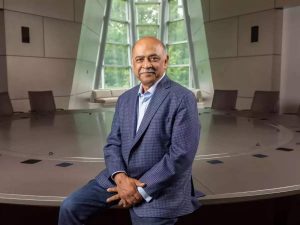 IBM Chairman and Chief Executive Officer, Arvind Krishna has been elected to the Board of Directors of the Federal Reserve Bank of New York. He will fill the vacancy in the office for the remaining portion of a three-year term ending December 31, 2023.

About the Arvind Krishna: