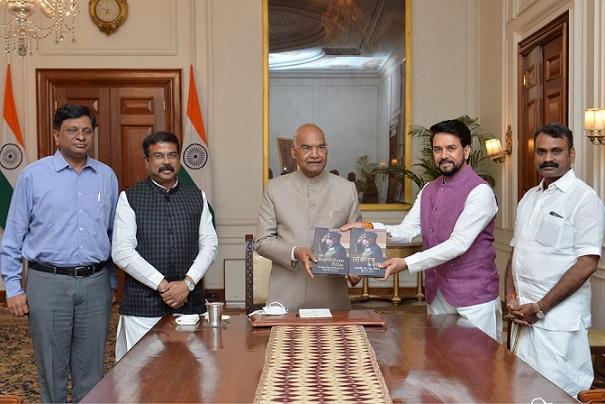 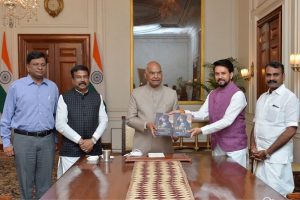 Union Education and Skill Development & Entrepreneurship Minister, Dharmendra Pradhan along with Union Minister for Information & Broadcasting and Sports Anurag Thakur released books ‘Loktantra ke Swar’ and ‘The Republican Ethic, having selected speeches of the President of India Ram Nath Kovind. This is the fourth volume of the series featuring the fourth year of the presidency of Ram Nath Kovind. The compilation includes speeches on a wide range of subjects. E-books were also released on the occasion.

About the Loktantra Ke Swar:

This book captures President’s thoughts on varied topics such as public service, ethics, education, aspirations of our youth, contemporary global issues. The book will enrich public discourse and serve as a guiding light towards taking India forward in the Amrit Kaal. The Minister also suggested that educational institutions should engage students in discussions and debates on the relevant topics elucidated by President in his speeches.