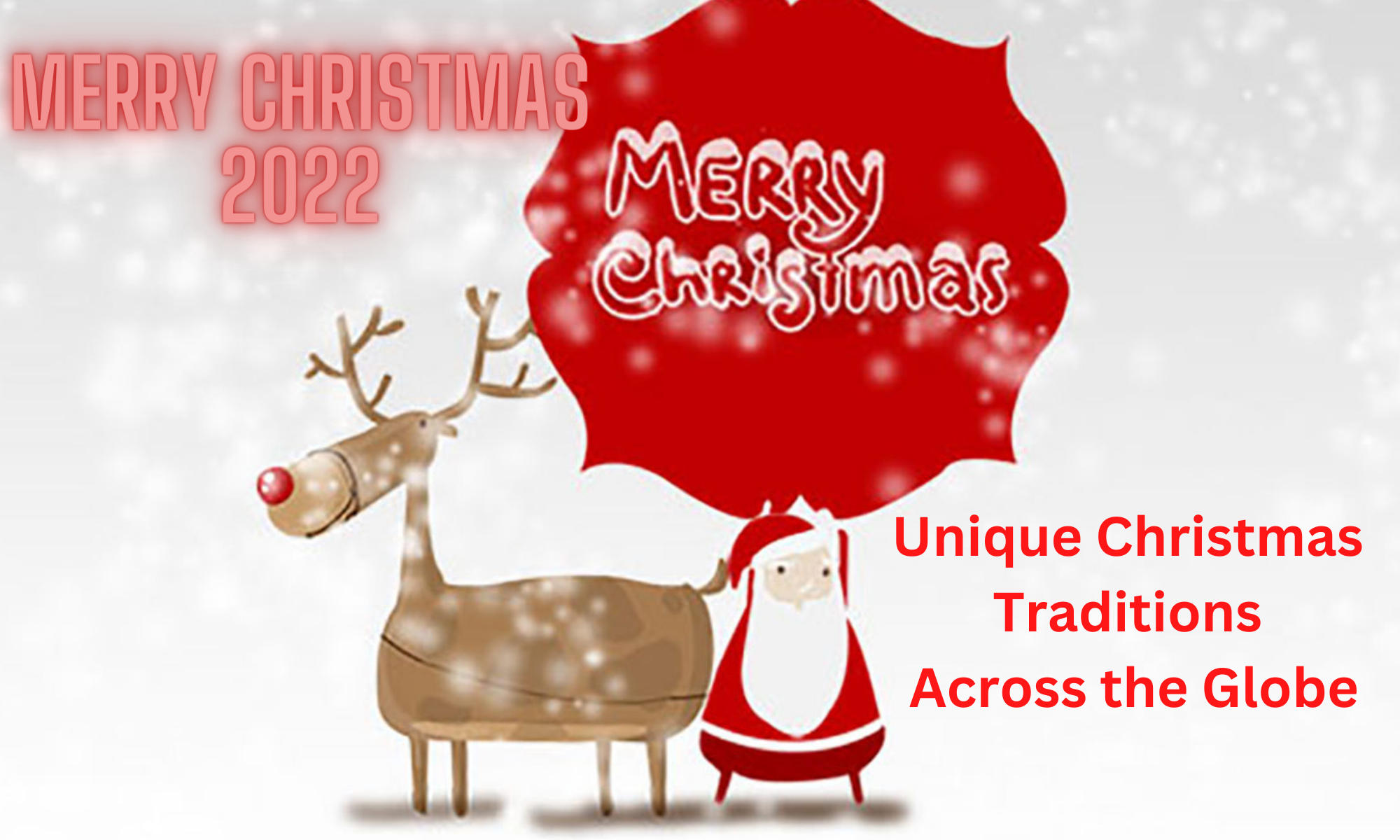 When it comes to Christmas, it is one of the most loved winter festivals among the children. Let us have a look at the list of most unique and amazing Christmas traditions across the globe. Christmas is a season when you may smell the aroma of freshly baked cookies and cakes, decorate your home with Christmas trees and fairy lights, and eagerly await the arrival of Santa Claus.

Every country has a different way of celebrating Christmas. A few of the well-known customs include giving and receiving gifts, gathering with family and friends for meals, dressing up as Santa Claus, making Christmas wreaths and personalised Christmas cards, hanging stockings, lighting candles, using coloured lightbulbs to illuminate houses, painting interiors red, green, and gold, and more. Some of these most unique traditions are:

An apple known as the “Peace Apple” is the traditional Chinese sweet delicacy served during the holiday. In China, individuals give away apples in attractive gift boxes or with holiday greetings. A sweet was chosen since in Chinese, an apple is referred to as ping Guo and Christmas Eve as ping’an ye.

Japan has come a long way from never having observed the celebration in the traditional manner to becoming a nation that makes you want to celebrate it throughout Christmas. The Japanese commemorate the event with a Christmas Day feast from KFC in addition to gifts and light displays. It’s true what you just read! The phrase “Kentucky for Christmas” was first used as a marketing ploy in the 1970s, but it has since grown to be an essential component of the national celebration.

List of Holidays in India 2023: Gazetted, Restricted, and Observances

On December 6 each year, Krampus participates in the Saint Nicholas Day celebrations in Austria. The devilish-looking creature prowls the streets of Austria looking for misbehaving kids. Meanwhile, apples, nuts, and candies are given to the excellent kids. The undesirables stress over what Christmas morning might hold for them.

The locals ride their rollerblades to Christmas Mass. The custom is so well-liked that roadways are closed till the following morning so that families can safely skate to the event.

Chichilaki is the name Georgians give to a sculpture that resembles a Christmas tree. It is made from hazelnut or walnut tree wood and embellished with red berries, dried fruits, and the iconic Georgian confection known as Churchkhela.

On Christmas Eve, a Declaration of Christmas Peace is read aloud at noon. The announcement ushers in a 20-day period of celebration and peace. The custom originated in the 13th century.

To celebrate the holiday, people in the UK drink Eggnog, a traditional beverage. Egg yolks, milk, rum or whisky, and spices are the usual ingredients.

The United States has adopted the German custom of pickle tree adornment. When two boys were trapped in a pickle barrel, St. Nicholas freed them. This is how the tradition was started.

On January 5, children in Italy look forward to a visit from the kind-hearted witch who is comparable to Santa Claus. The witch known as Befana soars on her broomstick and gives candy to good kids and coal to bad ones. According to legend, she was the one who neglected to give the infant Jesus any gifts, and as an act of penitence, she now gives children gifts after Christmas.

The Advent calendar is a significant part of the Germans’ countdown to Christmas. A window in the advent calendar is opened each day leading up to Christmas to show a poem, tale, treat, or present. Germany has an abundance of calendars, but many individuals choose to make their own. During the event, it’s also customary to search the tree’s branches for pickles. A bonus Christmas present was given to the first child who did it.

A gigantic Yule Cat stalks the countryside in a manner reminiscent of that of Sweden, waiting to devour everyone without new festival attire. The custom is based on a habit among farmers who would reward their labour with the Yule Cat. Others were left at the mercy of the enormous feline-like beast, while those who put in extra effort received new clothing.

For success and wealth throughout the year, Ukrainians choose to decorate their Christmas trees with spider webs rather than the traditional baubles, stars, and bells. This unique and unusual tradition’s origins can be traced to a folktale. The folktale centres on a destitute widow who was unable to provide her kids with a Christmas tree. Because of this, her children raised the tree from a pine cone but were unable to buy decorations. The following morning, their tree was covered in spiderwebs, which later turned gold and silver when exposed to sunshine.

Since 1966, the custom has altered and is now known as the Gavle goat in Sweden, where the Yule Goat was a traditional Christmas symbol that originated with an ancient Pagan feast. The Gavle goat is 42 feet tall and 3.6 tonnes in weight. Every year, it is built in the same location.

During the period of December 16–24, a live procession is held in Mexico to commemorate the nine-day trip that Joseph and Mary took to Bethlehem. The pair looked for an inn along the way where Mary could give birth to Jesus. The nine days of the Mexican holiday known as Las Pasodas stand in for the nine months that Mother Mary carried Jesus.

Ques. Is it correct to say Merry Christmas?

Ques. Can I say Merry Christmas before 25th?

Ans. If you want to be strict, adhere to the roughly twelve days of Christmas, beginning on Christmas Eve (December 24) and lasting until Epiphany (6 Jan). or your most recent encounter with someone before that time.

Is it correct to say Merry Christmas?

Can I say Merry Christmas before 25th?

If you want to be strict, adhere to the roughly twelve days of Christmas, beginning on Christmas Eve (December 24) and lasting until Epiphany (6 Jan). or your most recent encounter with someone before that time.