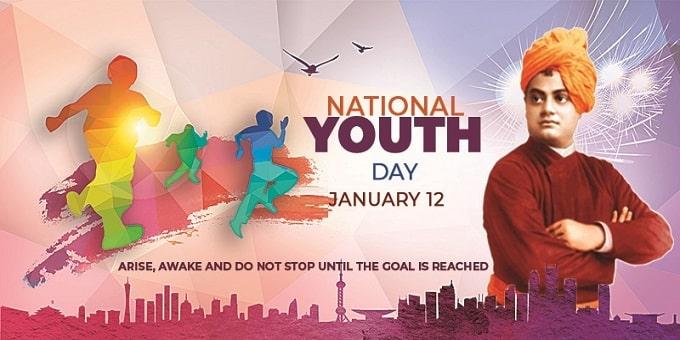 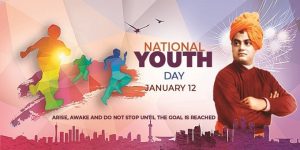 The basic objective of National Youth Day is to bring the youth of the country together in an attempt to showcase their talents in various activities to cover almost all socio-cultural aspects of life, providing an opportunity to amateur young artists to express themselves and interact with fellow artists and to further learn the new art forms from experts of various disciplines.

The Centre said the festival is held to provide exposure to youths at a national level and this year’s theme for the four-day programme is “Viksit Yuva – Viksit Bharat (Developed Youth – Developed India)”.

This year the festival is being organized by the Union Ministry of Youth Affairs & Sports in collaboration with the Karnataka. The event will be held from January 12 to January 16, 2023, at Hubballi- Dharwad, Karnataka. More than 30,000 youth will attend the inaugural function where the Prime Minister will share his vision with them. During this unique five-day event, over 7500 youth delegates from all over India, recognized and leaders in their own field of activity, get together to engage in different learning activities.

In the year 1985, the government had declared the birth anniversary of Swami Vivekananda, January 12, as ‘National Youth Day’. Since then, all the centres of Ramakrishna Math and Ramakrishna Mission have been celebrating the occasion through various programmes.

The National Youth Day is being celebrated on January 12 to commemorate the birth anniversary of Swami Vivekananda.

The Government of India declared January 12 as National Youth Day in 1984.

Whose birthday is celebrated as National Youth Day?