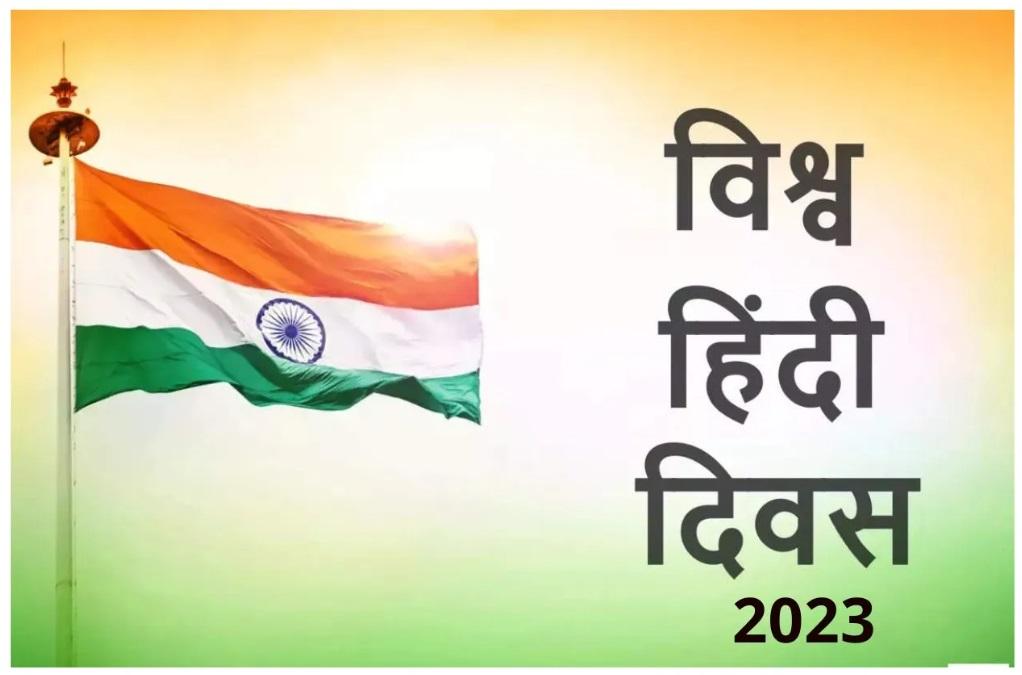 World Hindi Day or Vishwa Hindi Diwas is celebrated on 10th January every year to promote awareness about the language across the world.  It is also the day when Hindi, India’s national language, was spoken for the first time in the United Nations General Assembly. It was on this day in 1975 that the first World Hindi Conference was held in Nagpur. Since then, such conferences are organised in different parts of the world every year.

Notably: The language got its name from the Persian term ‘Hind’ which means ‘the land of Indus’. The language is spoken in India, Trinidad, Nepal, Guyana, Mauritius and other countries.

The theme this year is “Hindi – Traditional Knowledge to Artificial Intelligence”. This year, the 12th World Hindi Conference will be organised in Fiji by the Foreign Ministry in collaboration with the Fiji government from February 15 to 17. The location for the 2023 event was decided during the 11th World Hindi Conference held in Mauritius last year.

The World Hindi Day or Vishwa Hindi Diwas is commemorated to mark the importance of Hindi as a language. It is considered one of the official national languages in India, especially in the northern part of the country. The day is also celebrated to represent the Hindi-speaking community on a global level. On the occasion of World Hindi Day, the Ministry of External Affairs organises several events around the world to spread more knowledge about Hindi.

The Union of India adopted Hindi as its official language in 1950. According to Article 343, the Constitution of India states that the official language of India shall be Hindi in Devanagari script. The first World Hindi Conference was envisioned by Rashtrabhasha Prachar Samiti, Wardha in 1973. It was organized in Nagpur on January 10, 1975. Its aim was to promote the language on a global level. The conference saw the participation of 30 countries with 122 representatives.

Vishwa Hindi Diwas was first celebrated in 2006 under the instructions of then-Prime Minister Manmohan Singh. The date of January 10 was chosen as Hindi was spoken for the first time in the United Nations General Assembly on January 10, 1949 . In 1975, the World Hindi Conference was formed by then Prime Minister Indira Gandhi for bringing together Hindi scholars, writers and laureates who have contributed to the development of the language and appreciate their contributions.

Why is World Hindi Day celebrated?

World Hindi Day or Vishwa Hindi Diwas is celebrated on 10th January every year to promote awareness about the language across the world.

Why is 14 September celebrated as Hindi Day?

The first Hindi Day was celebrated on September 14, 1953, after the then Prime Minister of India Pandit Jawaharlal Nehru decided to commemorate this day as Hindi Diwas.