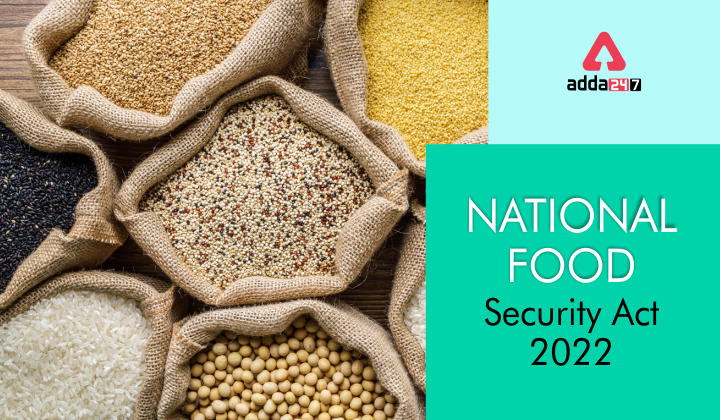 Odisha has ranked number one for the implementation of the National Food Security Act (NFSA). Uttar Pradesh is ranked second and Andhra Pradesh is ranked third as announced by the Central Government on Tuesday. The State Ranking Index for NFSA 2022 was released by the Union Food and Consumer Affairs Minister Piyush Goyal during a conference of the state food ministers on the food and nutrition security of India. In a special category which includes the north eastern states, Himalayan states, and Island states, Tripura was ranked number one, Himachal Pradesh second and Sikkim is at the third position for the implementation of the National Food Security Act. The report said, “despite the logistical limitations in these areas, they displayed a high degree of accomplishment in completing with the general category states.”

What is National Food Security Act?

The basic concept of food security is to ensure that all people get access to basic food for their active and healthy life. It is characterized by the availability, access, utilization, and stability of food. This act legally entitles up to 75% of the rural population and 50% of the Urban population to receive subsidized food grains under the targeted public distribution system. It defines the joint responsibility of the Centre and state government. The center is responsible for the allocation of required food grains to states and UTs, transportation of food grains up to designated depots in each state and UT, and providing central assistance to states and UTs for the delivery of food grains. The responsibility of the state is to identify the eligible household, issue ration cards, distribution of food grains entitlement to the eligible household through fair price shops, issuance of licenses to fair price shop dealers, monitor and set up an effective grievance redressal mechanism, and necessary strengthening of Targeted Public Distribution System (TPDS).

1. What is NFSA (food law)?
Ans. The NFSA ensures and entitles 75% of the rural population and 50% of the Urban population to receive subsidized food grains under the targeted public distribution system.

2. When was the national food security mission launched?
Ans. The National Food Security Act was launched in October 2007.