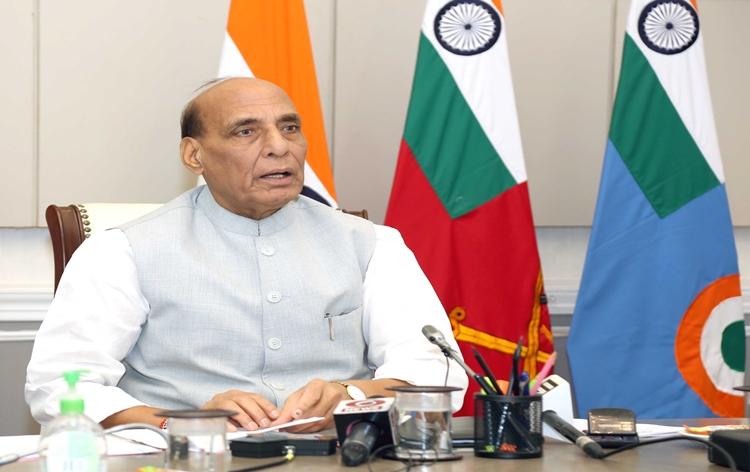 Defence Minister to hold bilateral talks to further consolidate defence cooperation between the two countries. He will also travel to Japan for the 2+2 Ministerial dialogue. In a first, Union Defence Minister Rajnath Singh is scheduled to visit to Mongolia from September 5 to 7. “The upcoming visit is the first ever visit by an Indian Defence Minister to Mongolia and will further consolidate the defence cooperation and strategic partnership between the two countries,” the Defence Ministry said. He is also scheduled travel to Japan for the 2+2 Ministerial dialogue.

During the visit, Mr. Singh will hold bilateral talks with his Mongolian counterpart Lt Gen. Saikhanbaya and also call on the President of Mongolia, U. Khurelsukh and Chairman of the State Great Khural of Mongolia, G. Zandanshatar. “During the bilateral talks, the two Defence Ministers shall review the bilateral defence cooperation between India and Mongolia, and explore new initiatives to further strengthen bilateral engagements. The two leaders will also exchange views on regional and global issues of shared interest,” the Ministry said. “The two democracies have a common interest in fostering peace and prosperity in the entire region,” it added. India and Mongolia share a strategic partnership with defence being a key pillar. The bilateral defence engagements with Mongolia have been expanding over a period of time to include wide ranging contacts between the two countries, including Joint Working Group meeting, military to military exchanges, high level visits, capacity building and training programmes and training bilateral exercises, the statement added.

In The Last Leg Of Visit:

The ‘2+2’ dialogue with Japan was initiated in 2019 to deepen bilateral security and defence cooperation further and bring greater depth to the special strategic and global partnership between the two countries. India has the ‘2+2’ ministerial format of dialogue with very few countries including the U.S., Japan, Australia and Russia. India’s defence and security ties with Mongolia are also on an upswing. India has been ramping up strategic ties with its key partners in the backdrop of the geo-political turmoil, largely triggered by the Ukraine crisis, China’s aggressive posturing in the Indo-Pacific and escalating tension between Beijing and Taipei in the Taiwan Strait.