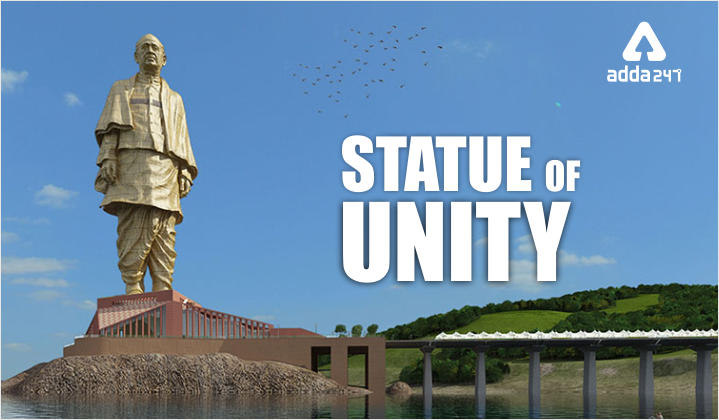 Statue of Unity is dedicated to Sardar Vallabhbhai Patel who was a role model of unity and statesmanship. The Statue of Unity is the tallest in the world and is located in Gujarat. The statue faces the Sardar Sarovar dam and stands on the Isle of Sadhu Bet in the river Narmada in district Rajpipla in Gujarat. The statue is naturally decorated by Vindhyachal and Satpura mountain ranges in the background. The statue aims to inspire a generation with Sardar vallabhbhai’s vision of unity, patriotism, and growth of good governance. The statue was inaugurated on 31st October 2018 by prime minister Narendra Modi. The Statue of Unity is a tribute to the iron man of India and it is 182 m high. The task of construction of the Statue of Unity was under Sardar Vallabhbhai Patel Rashtriya Ekta Trust which was created by the chief minister of Gujarat.

Sardar Vallabh Bhai Patel Rashtriya Ekta trust has executed the project and undertaken all the activities wish were related to the statue of Unity through Sardar Sarovar Narmada Nigam Limited. SVPRET is a powerful governing body that is headed by the chief minister of Gujarat and executive committee members who take care of various project-related decisions. SVPRET appointed project management consulted with Turner project management India private limited, Meinhardt India private limited, and Michael Grace and association Inc. These project management consultants has been involved in developing some of the world’s tallest structures including the Burj Khalifa in Dubai.

Largest Statue in the World

The Sardar Sarovar Narmada Nigam limited has built one of the tallest concrete gravity dams in the world and an irrigation system that is one of the top irrigation systems in the world. The noted sculpture Ram V Sutar who is a Padma Bhushan awardee and had created over 40 monumental structures over the past 40 years was designated as the chief sculpture of the Statue of Unity.

Milestones of the Statue of Unity

FAQs related to Statue of Unity

2. What is the meaning of the Statue of Unity?
Ans. The Statue of Unity is a statue of Indian statesman and independence activist Sardar Vallabhbhai Patel who was the first deputy prime minister of independent India. The statue is located in Gujarat, India.