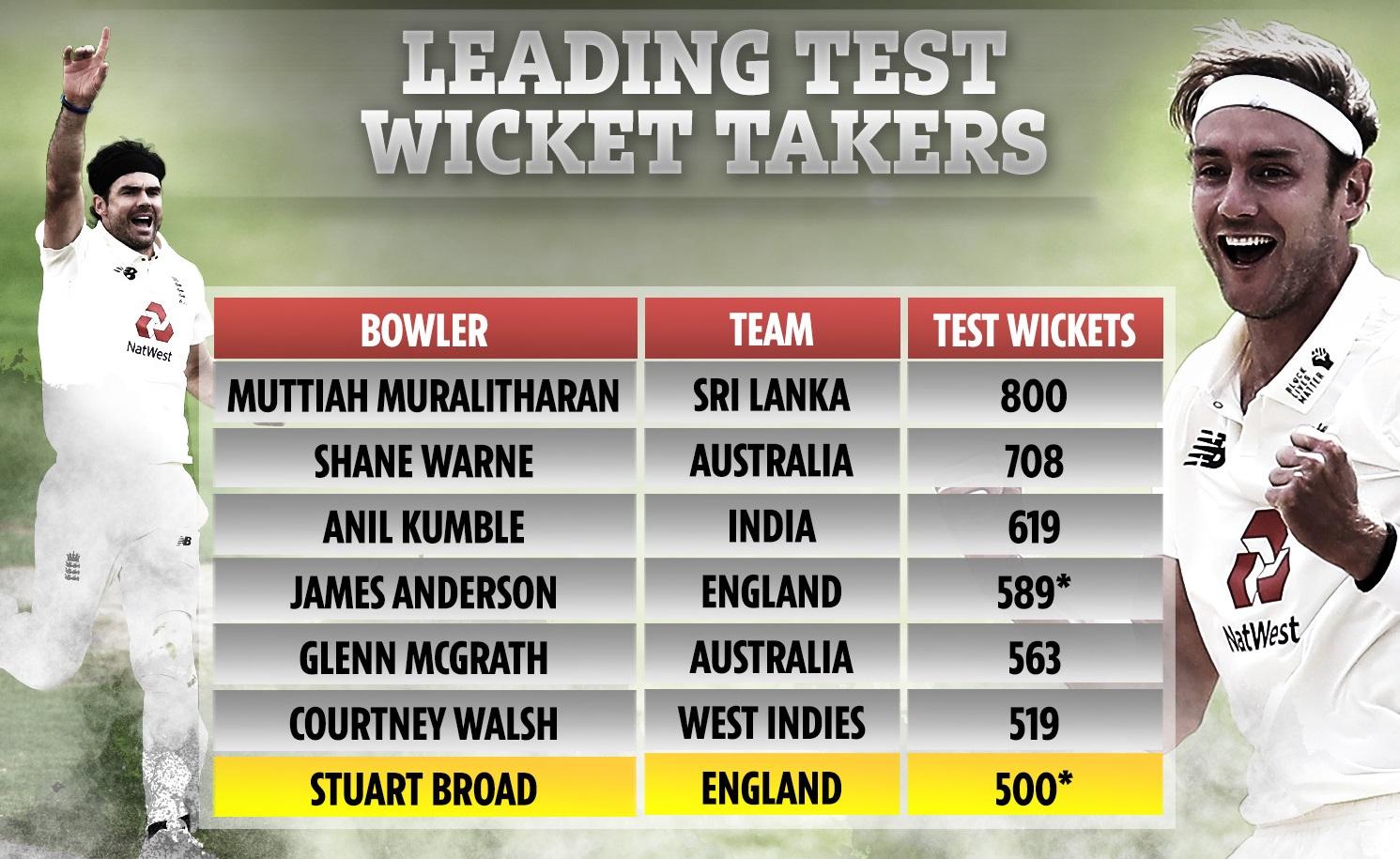 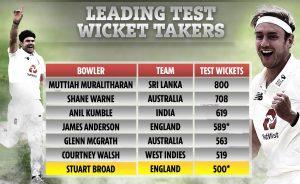 Board is the second England bowler after Anderson and the 7th overall in the overall list of highest wicket-takers, which is led by Sri Lankan legend Muttiah Muralitharan with 800 scalps, Shane Warne (708), Anil Kumble (619), Anderson (589), Glenn McGrath (563) and Courtney Walsh (519) are ahead of Broad at the moment.