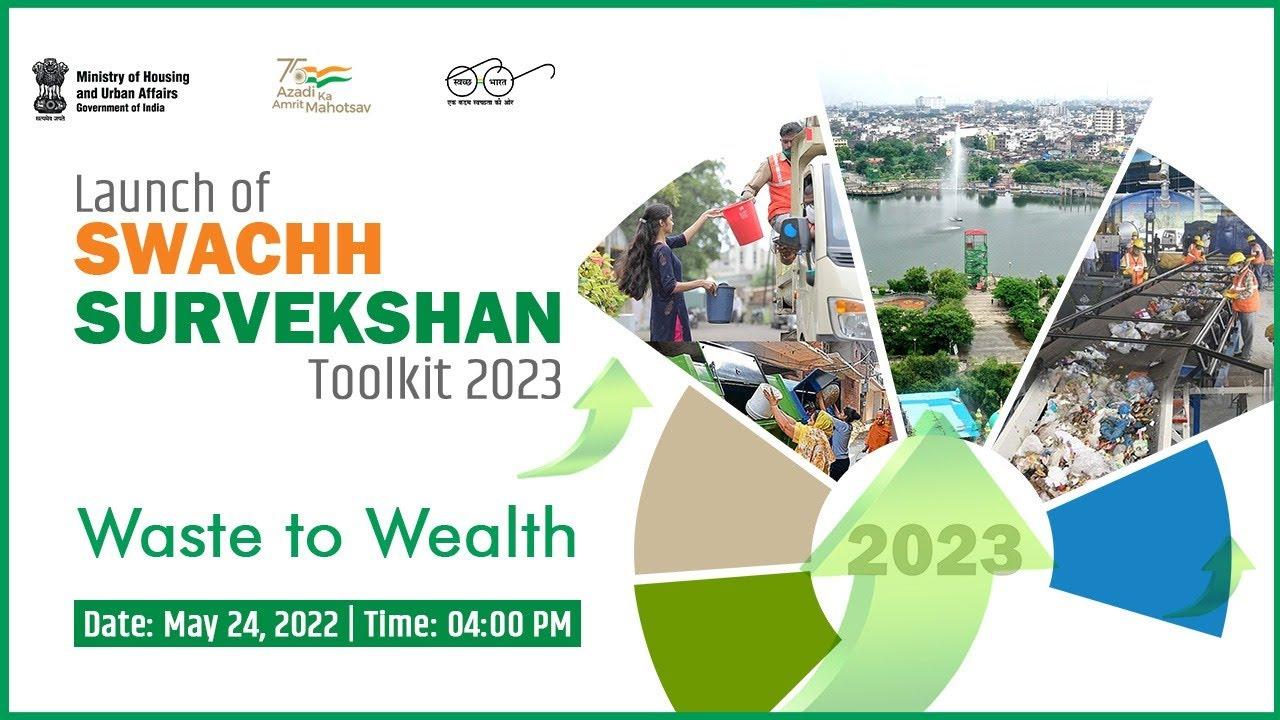 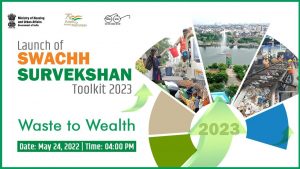 Union Government of India has launched the Eighth Edition of Swachh Survekshan – SS-2023 under Swachh Bharat Mission Urban 2.0. Secretary, Ministry of Housing and Urban Affairs Manoj Joshi launched it at a virtual event in New Delhi. Designed with the theme of ‘Waste to Wealth’ as its driving philosophy, Swachh Survekshan- 2023 is curated towards achieving circularity in waste management. The survey would give priority to the principle of 3 Rs- Reduce, Recycle and Reuse.

About the Swachh Survekshan

The Swachh Survekshan has developed into an inspiration tool, rather than being just an assessment tool. This largest survey undertaken anywhere has brought about substantive changes at the ground level, with cities performing well and having a sense of pride. Swachh Survekshan has emerged as the largest Urban sanitation survey in the world. It was observed that whenever the Swachh Survey starts, there is an enhanced level of activities undertaken by the cities and cities are visibly cleaner during the months the survey is conducted. Therefore, in SS-2023, the evaluation will be conducted in four phases, instead of three phases in earlier editions.