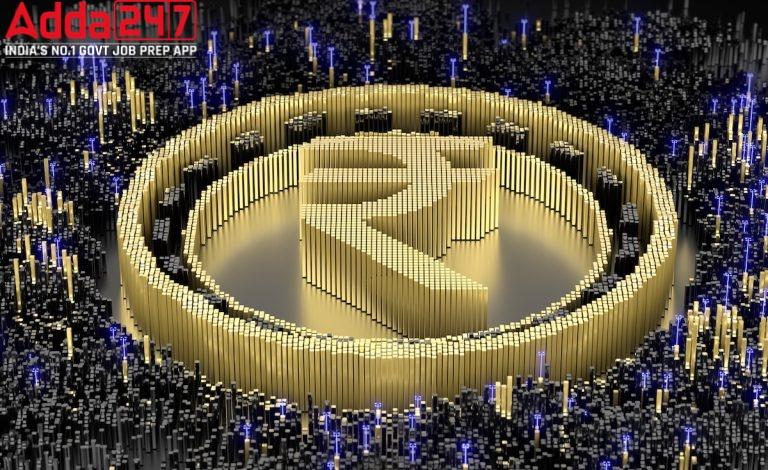 What Is Digital Rupee:

A Central Bank Digital Currency (CBDC) or Digital Rupee is a digital form of currency notes issued by a central bank. Digital currency or rupee is an electronic form of money, that can be used in contactless transactions.

Presenting Union Budget 2022, Finance Minister Nirmala Sitharaman announced that the Reserve Bank of India (RBI) would be rolling out its digital currency soon.

1) Retail (CBDC-R): Retail CBDC would be potentially available for use by all,

Difference between Digital Rupee and Cryptocurrency:

A cryptocurrency is a decentralised digital asset and a medium of exchange based on blockchain technology. However, it has primarily been controversial due to its decentralised nature, meaning its operation without any intermediary like banks, financial institutions, or central authorities. On the Contrary, Central Bank Digital Currency (CBDC) issued by the Reserve Bank of India (RBI) will be a legal tender in a digital form.

On October 7, the RBI had released a concept note on Central Bank Digital Currency (CBDC) for India. The CBDC is a digital form of currency notes issued by a central bank.  While most central banks across the globe are exploring the issuance of CBDC, the key motivations for its issuance are specific to each country’s unique requirements.

The central bank said the digital rupee will provide an additional option to the currently available forms of money. It is substantially not different from banknotes, but being digital it is likely to be easier, faster and cheaper. It also has all the transactional benefits of other forms of digital money, the RBI said. The central bank said its digital currency is aimed to complement, rather than replace, current forms of money and is envisaged to provide an additional payment avenue to users, not to replace the existing payment systems.

Apart from reducing the transaction cost, having a digitised currency will make it easier for governments to access all transactions happening within the authorized networks. “It will become impossible to avoid the gaze of the government, thus subjecting every transaction to relevant laws within the country. Hence, the government will have better control over how money leaves and enters the country, which would allow them to create a space for better budgeting and economic plans for the future, and overall a much safer environment,” said Archit Gupta. Another benefit of digital currency is that they do not get torn, burnt or physically damaged. Neither can they be physically lost. “The lifeline of a digital currency will be indefinite compared to physical notes,” he added.

A Very Relatable Article Followed By The Above Is Here, Follow The Link: