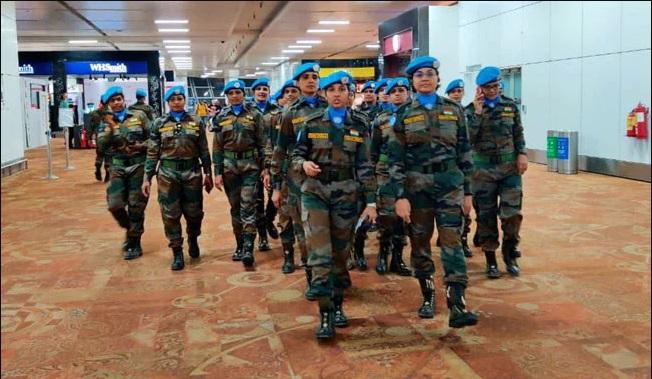 India will deploy a platoon of women peacekeepers to UN Mission in Sudan. This will be India’s largest single unit of women Peacekeepers in a UN Mission since it deployed the first-ever all-women contingent in Liberia in 2007. The Indian contingent, comprising two officers and 25 Other Ranks, will form part of an Engagement platoon and specialize in Community outreach, though they will be performing extensive security-related tasks as well. The deployment in Abyei will also herald India’s intent of increasing significantly the number of Indian women in Peacekeeping contingents. The operation has been tasked with monitoring the flashpoint border between north and south and facilitating the delivery of humanitarian aid and is authorized to use force in protecting civilians and humanitarian workers in Abyei.

NOTABLY:- As of October 31, 2022, India is the second largest contributor to UN peacekeeping missions with 5,887 troops and personnel deployed across 12 missions, after Bangladesh (7,017).

What is the U.N. Peacekeeping mission?

The three basic principles that guide U.N.’s Peacekeeping missions are:

Who are the ‘Blue Helmets’?

What are the responsibilities of U.N. military personnel?

U.N. military personal can be tasked with:

How are Blue Helmets enlisted?