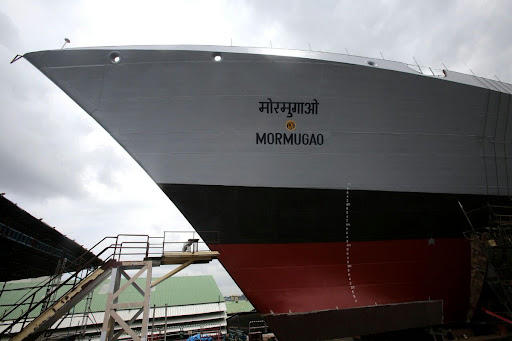 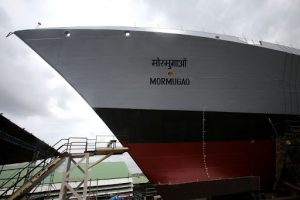 On Goa Liberation Day, Indian Navy’s indigenous stealth guided-missile destroyer ‘Mormugao’ went for her maiden sea trials. This second indigenous stealth destroyer of the Project 15 B (P15B) class, is planning to be commissioned in mid-2022. Mormugao is being built at Mazagon Dock Shipbuilders Ltd as part of Project 15B destroyers and incorporates several indigenous technologies.

The destroyer is expected to add significantly to the capabilities of the Indian Navy, which got a major booster in the form of INS Visakhapatnam’s and the fourth stealth scorpene class submarine INS Vela’s commissioning. INS Vela was also constructed at MDSL Mumbai in collaboration with M/s Naval Group, France, and was delivered to the Indian Navy on November 9, 2021. A total of six submarines are to be built under the project.