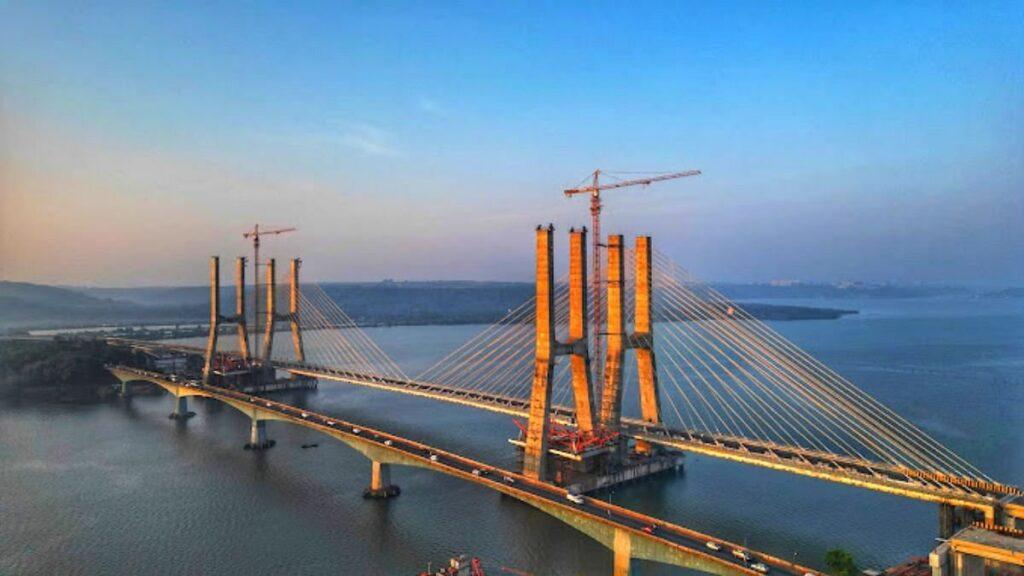 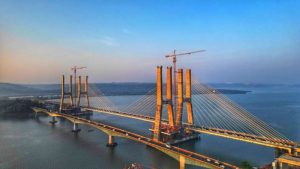 Union Minister of Roads Transport and Highways Nitin Gadkari has inaugurated the country’s second longest cable-stayed eight-lane Zuari Bridge in Goa. Right-hand side (4-lane corridor) across the Zuari River and approaches from Bambolim to Verna were thrown open for vehicular traffic. Gadkari also launched the PWD Goa App for integrated operations management. Through the insurance scheme of the Government of Goa, Chief Minister Pramod Sawant has given Rs 2 lakh each to the families of the workers who died during the construction of the bridge.

About the Zuari Bridge:

The Zuari Bridge is a bridge between North Goa and South Goa, India. It carries the NH 66 over the tidal part of the Zuari River, between the villages of Agaçaim and Cortalim. It is a few metres downstream of the Konkan Railway Bridge. The 640-metre-long bridge and the 13.20 km roads on both sides have been built in 3 phases. The Zuari Bridge work began in June 2016.