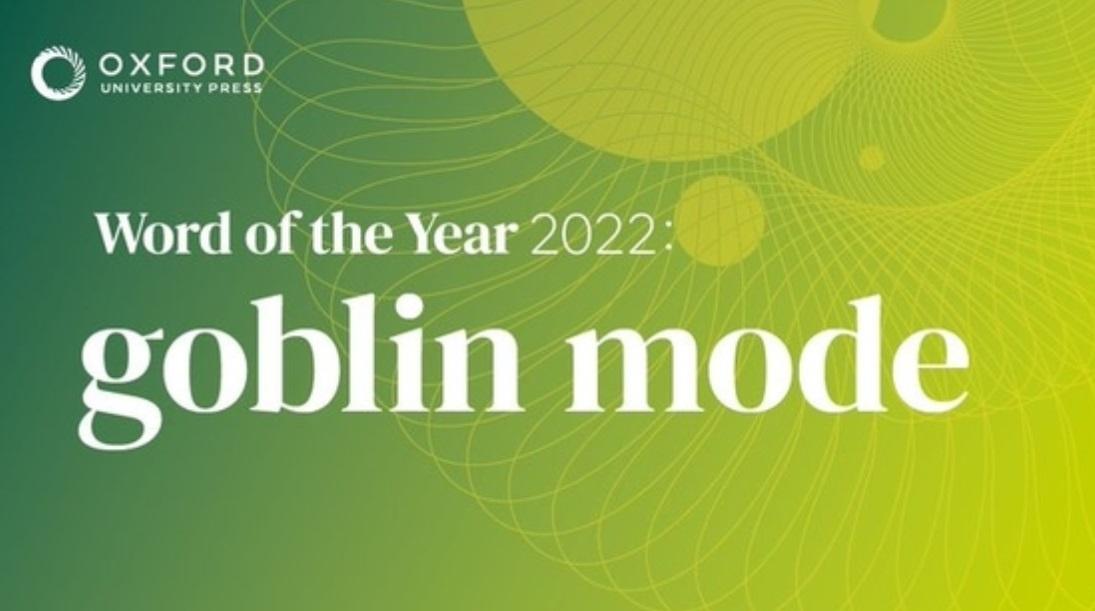 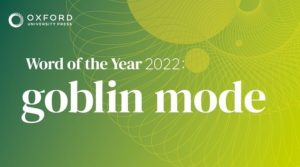 Oxford Dictionaries said that “goblin mode” has been selected by an online vote as its word of the year. It defines the term as “a type of behavior which is unapologetically self-indulgent, lazy, slovenly, or greedy, typically in a way that rejects social norms or expectations.” In 2021, the Oxford word of the year was “vax”.

Other points to know:

About the Oxford Word of the Year:

The Oxford Word of the Year is a word or expression reflecting the ethos, mood, or preoccupations of the past twelve months, one that has potential as a term of lasting cultural significance. Supported by evidence of real language usage, Oxford’s editors track candidates as they emerge throughout the year, analyzing frequency statistics and other language data in the Oxford English Corpus.