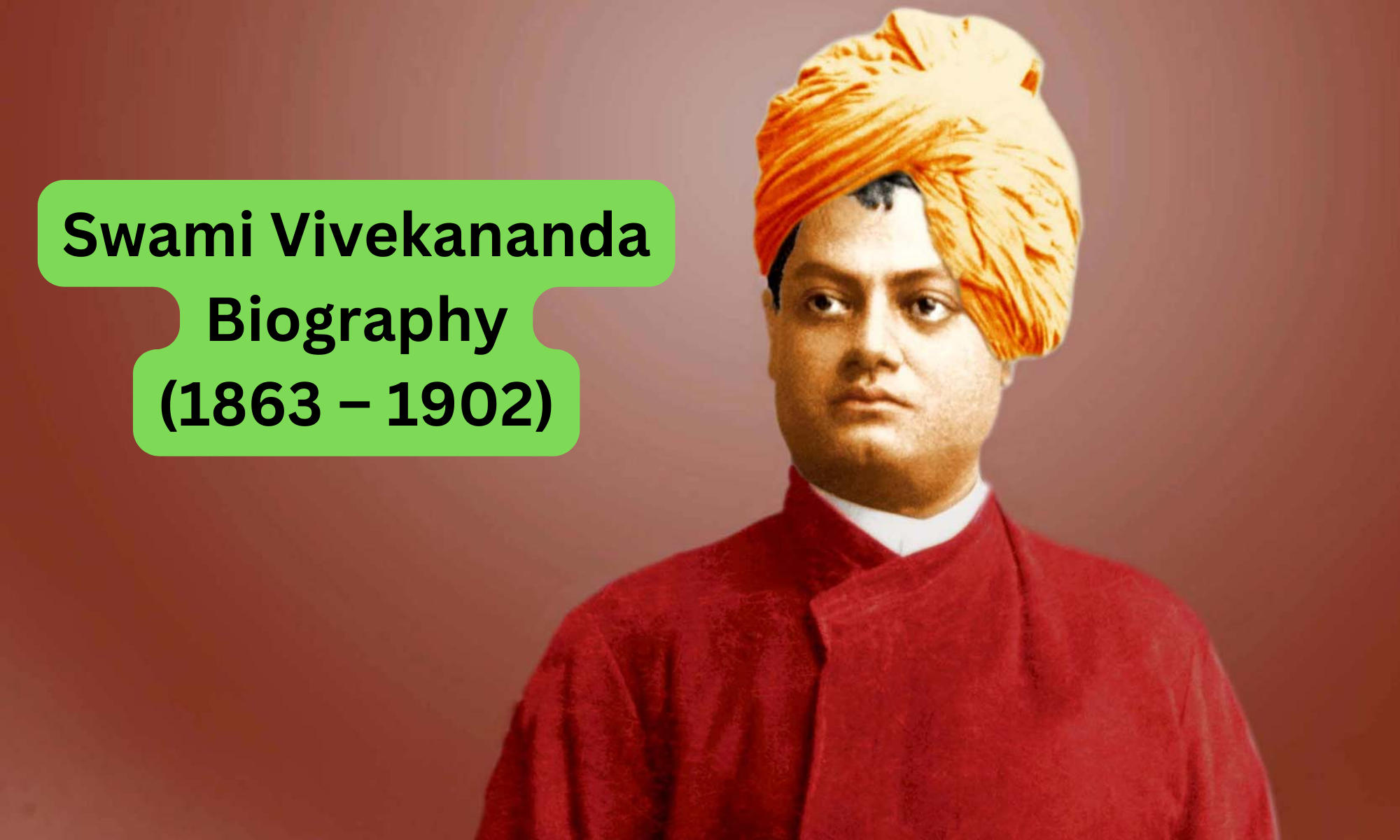 Born Narendranath Datta, Swami Vivekananda (12 January 1863 – 4 July 1902) was an Indian Hindu monk, philosopher, writer, and religious teacher. He was also Ramakrishna’s most important pupil. Swami Vivekananda is credited with promoting interfaith understanding and elevating Hinduism to the position of a significant international religion. Swami Vivekananda was a vital player in the introduction of Vedanta and Yoga to the Western world.

After delivering his well-known address at the 1893 Parliament of Religions in Chicago and introducing Hinduism to Americans with the words “Sisters and brothers of America,” Vivekananda gained popularity. Swami Vivekananda made such an effect at the Parliament that he was called “an orator by divine right and unquestionably the greatest figure at the Parliament” by an American publication.

From an early age, Swami Vivekananda was interested in spirituality and used to perform meditations in front of pictures of gods like Shiva, Rama, Sita, and Mahavir Hanuman. Swami Vivekananda was enthralled by monks and ascetics who wandered. As a young child, Narendra was naughty and restless, and his parents frequently struggled to keep him under control.

Herbert Spencer’s theory of evolution captivated him, and through correspondence, he translated his book Education (1861) into Bengali. Swami Vivekananda studied Bengali literature and Sanskrit scriptures in addition to Western philosophers.

Following Ramakrishna’s passing, his followers and admirers ceased helping them. Narendra and the other disciples were forced to move because of unpaid rent. Many of them adopted a Grihastha (family-oriented) way of life when they went back home. In order to accommodate the remaining disciples, Narendra made the decision to renovate a run-down house in Baranagar into a new math (monastery). The Baranagar Math’s rent was modest and was raised by “holy begging.” The math was transformed into the Ramakrishna Math’s first structure, a monastery for the Ramakrishna monastic order. Every day, Narendra and his followers would spend many hours engaging in religious fasting and meditation.  Later, Narendra reflected on the monastery’s early years.

Swami Vivekananda’s prediction that he wouldn’t survive for forty years came true. On the banks of the Ganga in Belur, directly across from where Ramakrishna had been burnt sixteen years before, he was buried with a sandalwood funeral pyre.

What was Swami Vivekananda famous for?

The most famous speech given by Swami Vivekananda (1863–1902) during the 1893 World's Parliament of Religions, in which he introduced Hinduism to America and appealed for religious tolerance and an end to extremism, is what makes him famous in the United States.

What Vivekananda did for India?

Vivekananda established the Ramakrishna Mission in India to carry out charitable, social, and educational endeavours, as well as the Ramakrishna Math, which offers spiritual instruction to monks and lay devotees.

A vegetarian was not the Swami! It's interesting to note that Vivekananda ate meat and fish; he wasn't a vegetarian. Given that he was a Bengali and a member of the non-vegetarian Kayastha community, this is not terribly shocking. Additionally, his father's family didn't eat vegetarian.

What did Vivekananda died of?

Swami Vivekananda passed suddenly on July 4, 1902, while he was in meditation. Vivekananda experienced mahasamadhi, according to his disciples; the rupture of a blood vessel in his brain was mentioned as a potential reason of death.