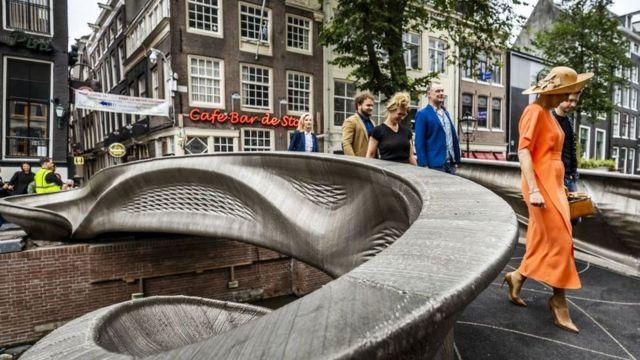 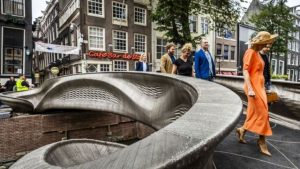 The world’s first 3D-printed steel bridge was opened to the public in Amsterdam, Netherlands. It was developed by MX3D, a Dutch robotics company, in collaboration with a consortium of experts, and represents a major milestone for 3D-printing technology. After four years of development, the bridge was unveiled by Her Majesty Queen Máxima of the Netherlands. It was installed over one of the oldest canals in Amsterdam’s city centre – the Oudezijds Achterburgwal.