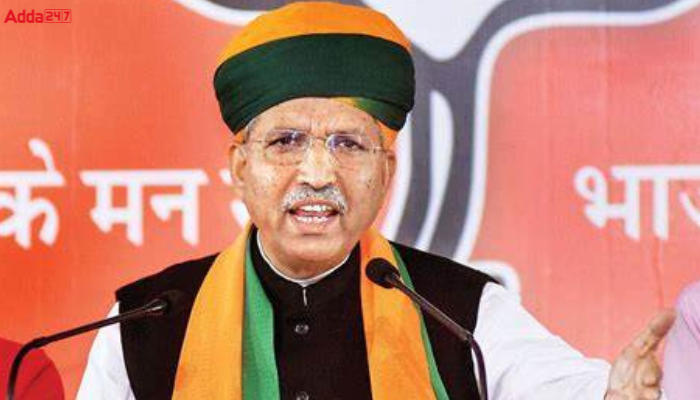 Union Minister of State for Culture Arjun Ram Meghwal handed over the 9th to 10th century Nataraja Idol of the Archeological Department official in Chittorgarh Fort in Rajasthan. Union Minister Arjun Ram Meghwal noted that there are only 13 idols of ancient importance that could be brought to India by the year 2023 but after 2014, Prime Minister Narendra Modi brought 229 idols to India.

History of Nataraja Idol in India

The Nataraja Idols were stolen from the Shiva temple at Badoli in Chittorgarh in 1998. The idols were brought to India in 2020 from a private museum in London after a long legal process. Union Minister has also ensured to build a ropeway on Chittorgarh fort and connect Chittorgarh with Bharatmala Yojana.