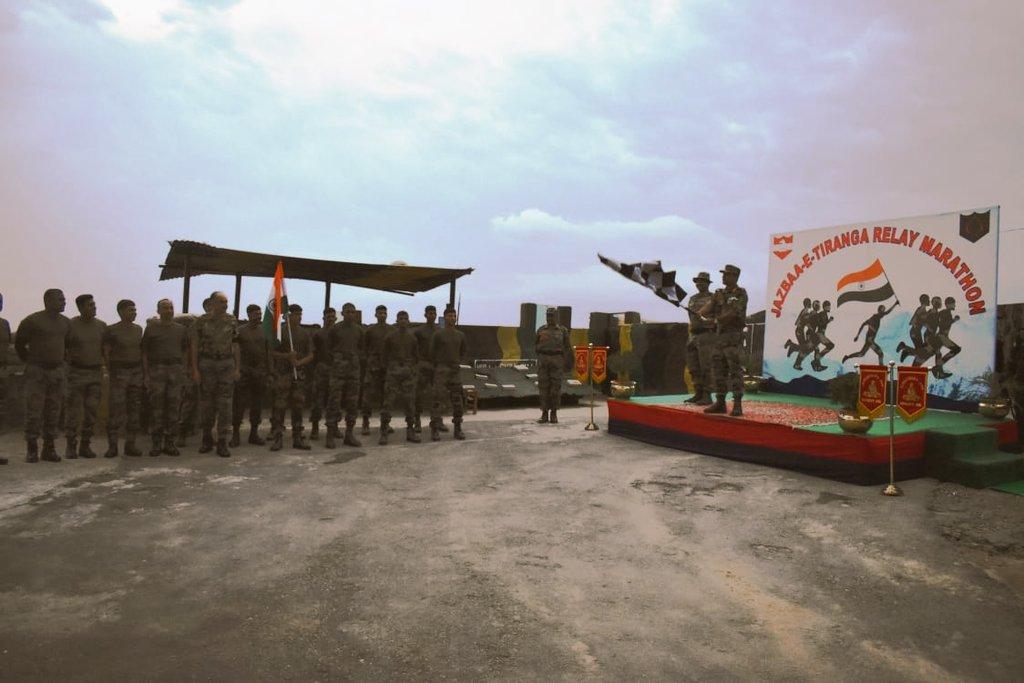 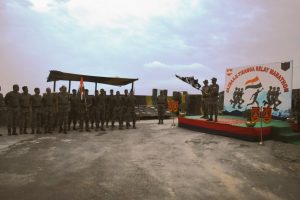 In Jammu and Kashmir, the Army organised a 400 Km “JAZBAA-E- TIRANGA” Relay Marathon. The event was flagged off by Major General Rajeev Puri, General Officer Commanding, Ace of Spades Division, who led the relay, closely followed by other military personnel.

More than 300 troops took part, carrying the Indian Tricolour all along the Line of Control (LoC). The run inculcated the spirit of brotherhood, as each soldier carried the symbolic National Flag of comradeship across the Area of Responsibility (AOR), handing it over to other units which stand shoulder to shoulder in war.