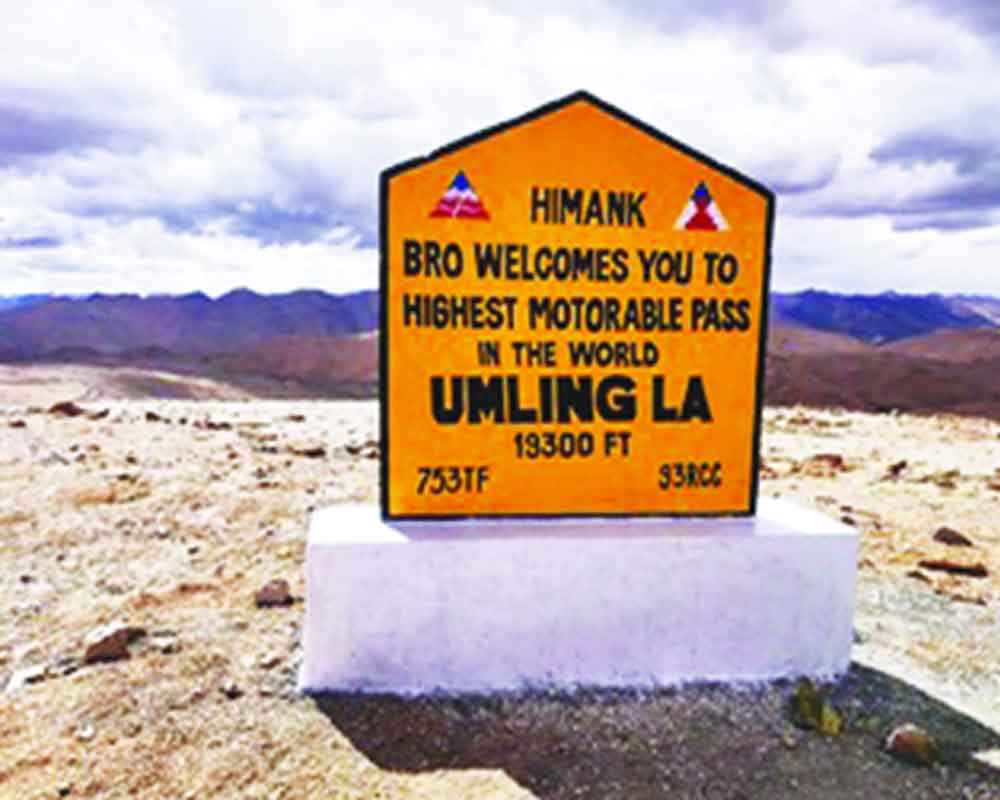 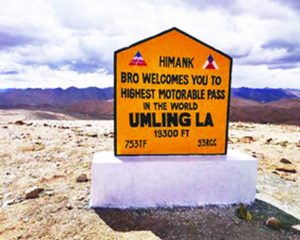 Border Roads Organisation (BRO) has constructed and black-topped the highest road in the world at Umlingla Pass in Eastern Ladakh. The highest motorable road in the world is situated at an altitude of 19,300 feet. This is higher than the base camps of Mount Everest. The road itself is a 52-km long tarmac stretch through Umlingla Pass, connecting important towns in the Chumar sector of Eastern Ladakh.

Infrastructure development in places like Umlingla Pass is difficult due to the harsh and tough terrain coupled with extremely low temperatures. In winters, the temperature dips 40 degrees below zero. The oxygen level at this altitude is almost 50 per cent less than at normal places.