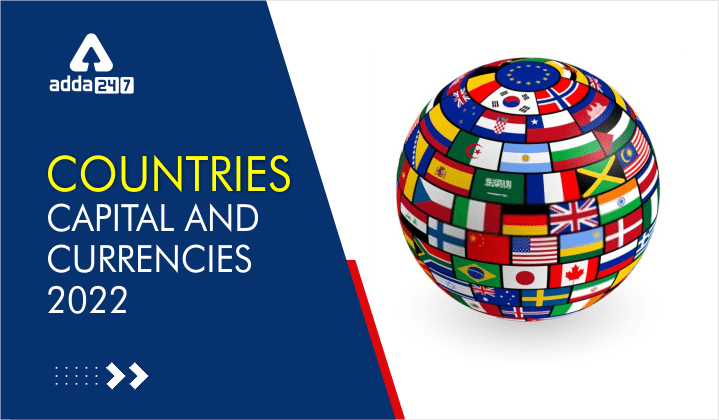 There are seven continents and each continent contains more than 100 countries. All these countries have different currencies. For example in India, we use Indian rupees and in Afghanistan, we use the Afghani currency. The below-given list will highlight the countries and the currencies used in them. People who travel from one country to another country have to get their money exchanged in the airports. Currency is used as a medium to exchange goods and services and it is important for the proper functioning of economic activities. The value of any currency constantly fluctuates from other currencies. The value of one US dollar is 76.26 Indian rupees. There are different values of different currencies all around the world.

Currency is money used as a medium for exchange. There are different currencies for different countries and the value of currencies also varies in different countries. These can be in the form of notes or coins. It is issued by the government and accepted across the world for good or service exchange, taxes, and debt payment.

FAQs related to countries and their currency

3. What is the currency used in India?
Ans. In India, Indian rupees or INR are used as currency.

What is the capital of a country?

The capital of a country acts as the head of the state. It is the prime center of all government-related offices and services. People in the capital of India control all the administration of the country.

How many currencies are used in the world?

There are 180 currencies used in the world according to the United Nations.

What is the currency used in India?

In India, Indian rupees or INR are used as currency.

Which country has more than one currency?