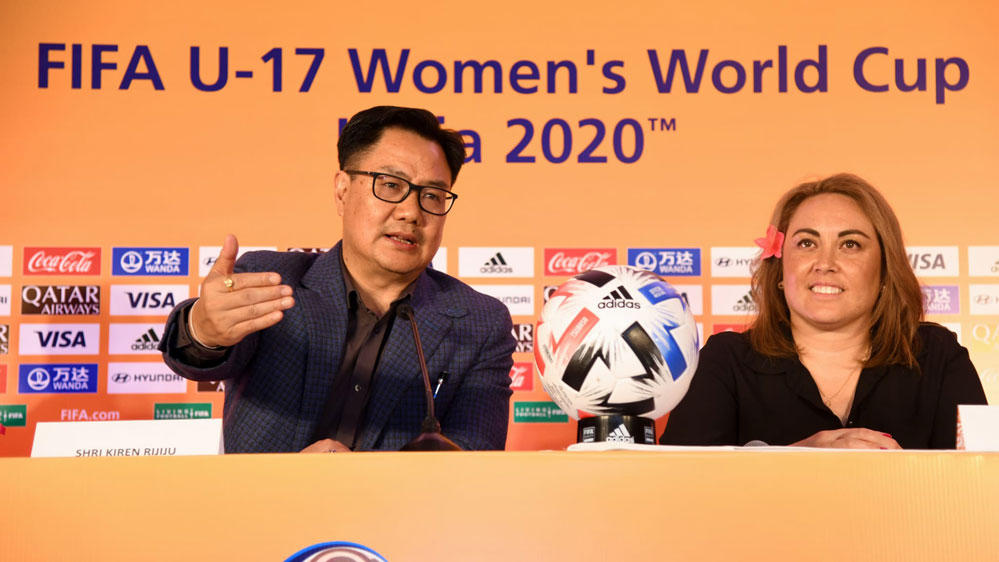 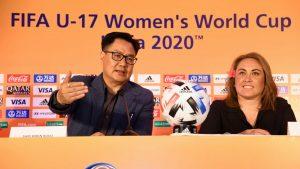 Union Sports Minister Kiren Rijiju unveils the 5 host cities for the FIFA Under-17 Women’s Football World Cup 2020 which begins on 2nd of November 2020. The matches of the world cup will be held in five cities including Ahmedabad, Bhubaneswar, Guwahati, Kolkata and Navi Mumbai.

The finals of the tournament will be played on 21st of November at Navi Mumbai. The cities will play host to 16 teams which will compete across 32 matches to lift the coveted title. The official slogan – Kick Off The Dream – was also unveiled during the event.