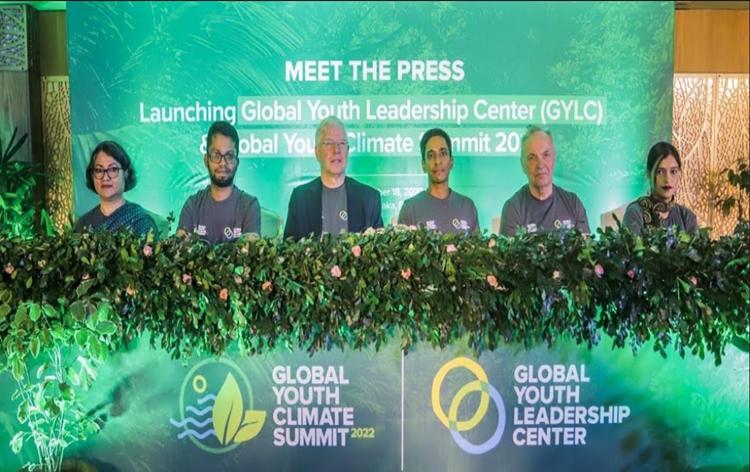 Global Youth Leadership Center, an international non-profit organisation, is all set to embark on its journey from Bangladesh on October 20 with the inauguration of its first programme — the Global Youth Climate Summit. The three-day summit will be held at Ava Center in Khulna, one of Bangladesh’s most climate vulnerable regions, bringing together 650 youths from 70 countries to explore how today’s youth can lead the fight against climate change.

Addressing the media in Dhaka, Ejaj Ahmad, the founder and chief executive officer of Global Youth Leadership Center, said, ‘Climate change is the biggest crisis facing humanity today. To address a complex challenge like climate change, we will all have to work globally and at scale.’

‘Our mission is to expand the youth’s knowledge about climate science, equip them with leadership skills to take individual and collective action, and enable them to launch businesses that contribute to climate mitigation or adaptation,’ he said. To empower the youth to take climate action, he said 10 delegates at the summit will receive a grant of 1,000 US dollars each to implement their climate mitigation or adaptation project.

The organisation’s chairman, Neal Walker, said, ‘Young people not only demand climate change action, they lead the way.’ He said that leadership, innovation, entrepreneurship all offer avenues of success. ‘But we need action at a global level. Our organisation can transform the idealism, ideas and talents of youth all over the world into results,’ he added.

The Global Climate Risk Index (CRI)  for 2021, places Bangladesh seventh among ten countries that bore the cumulative impact of climate change between 2000 and 2019. During this time Bangladesh experienced “extreme weather events’’ that cost  the country a  combined loss of $3.72 billion.

The irony is that Bangladesh is not responsible for any of this. It  accounts for a mere 0.56 percent of global emissions yet the price it pays takes a heavy toll on the people. Sheikh Hasina’s government is doing what it must and can, but that is not enough to avert disaster. In fact she received the UN’s  environmental award, the  Champions of the Earth –in recognition of Bangladesh’s far-reaching initiatives to address climate change. Bangladesh was the first developing country to  draw up a coordinated action plan in 2009 called the  Climate Change Strategy and Action Plan. She also set up a Climate Change Trust Fund for $300 million through domestic resources from 2009-2012. Every year six to seven percent of the country’s annual budget is earmarked for climate change adaptation.