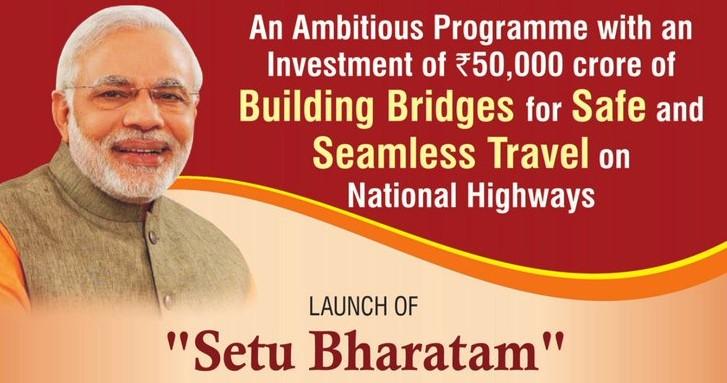 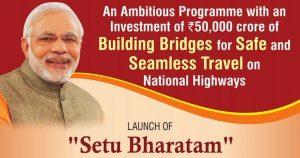 The Setu Bharatam Scheme was launched by the Indian Prime Minister Narendra Modi on 4th March in 2016. The scheme aims to build rail over-bridges or underpasses for safe and seamless travel on National Highways and to make all National Highways free of railway level crossings in order to prevent the frequent accidents and loss of lives at level crossings.