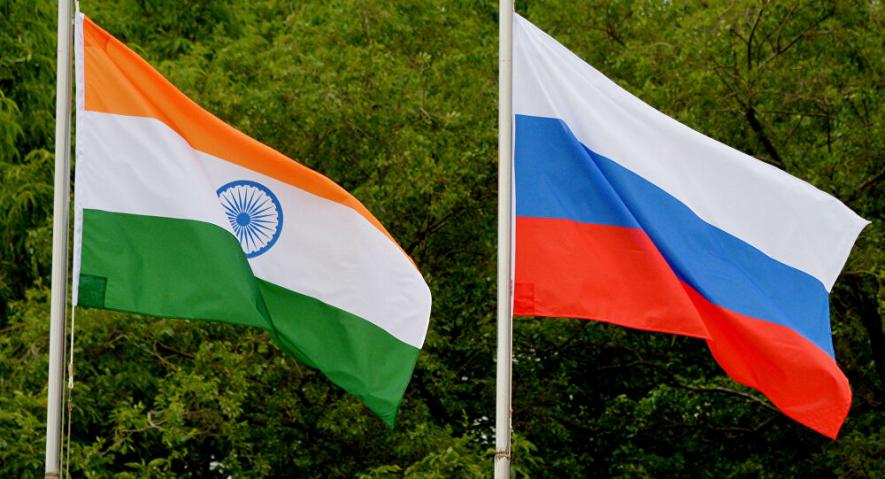 India has remained a reliable strategic partner of Russia traditionally and remembers the help Moscow extended to India in its toughest times in the past. The development of India-Russia relations has been a key pillar of India’s foreign policy. Indo-Russian ties enjoy enhanced levels of cooperation in almost all areas of the bilateral relationships including political, security, defence, trade and economy, science and technology, and culture.

Russians and Indians, both value and share values like friendship and loyalty, and this is something that unites the people of the two countries and especially the members of their permanent bureaucracies in ways that outside observers rarely ever realize. The particularly privileged strategic partnership between the two countries has become stronger and more diversified over a period of time. In the field of defence, India has longstanding and wide-ranging cooperation with Russia. India-Russia military-technical cooperation has evolved from a buyer-seller framework to one involving joint research, development and production of advanced defence technologies and systems. BrahMos Missile System as well as the licensed production in India of SU-30 aircraft and T-90 tanks are examples of such flagship cooperation.

Both sides cooperate in the peaceful uses of outer space, including satellite launches, navigation systems, remote sensing and other societal applications of outer space. It is worth mentioning that Indian astronauts, who will fly into space in 2024 aboard an Indian spacecraft, have received basic training in Russia ,another enduring symbol of India-Russia friendship. In the area of peaceful use of nuclear energy, Russia is an important partner for India. It recognizes India as a country with advanced nuclear technology with an impeccable non-proliferation record. In Dec 2014, India’s DAE (Department of Atomic Energy) and Russia’s Rosatom signed the Strategic Vision for strengthening cooperation in peaceful uses of atomic energy. Kudankulam Nuclear Power Plant (KKNPP) is being built in India with Russian cooperation.

India and Russia shared decades of close linkages at the highest levels during the Soviet era.  The tumult of the immediate post-Soviet years, however, reverberated through the Indo-Russia relationship as well, as the newly established Russian Federation sought to rebuild its foreign policy. The years immediately following the collapse of the Soviet Union saw the Boris Yeltsin administration adopting a pro-Western foreign policy orientation. For India, meanwhile, it was the time it began liberalising its economy and looking to the West for trade and investment. Both countries, therefore, were occupied with domestic priorities while adjusting to a changed world order with the United States (US) as the sole superpower.

Even so, India and Russia both made efforts to revive their relationship. In 1993 they signed a Treaty of Friendship and Cooperation, and a year later they followed it up with a Military-Technical Cooperation agreement. India would eventually become a leading importer of Russian weapons, following a brief period from 1990-93 when there was a sharp fall in the volume of arms sales.

However, there has been no parallel revival in economic relations. In the 1990s, disputes regarding rupee-rouble rate and repayment of amount owed by India continued. The Russian economy’s downslide, alongside competition from other fast-developing nations, as well as the opacity of laws in the post-Soviet state, all contributed to the decline in the share of India in Russian trade. By 1996, Russia’s trade with India contributed a mere one percent of Russia’s overall trade.

The cultural and people-to-people contacts that had flourished during the Soviet Union period—bolstered by significant funding and scholarships for regular exchange—also dropped. The number of institutions in India teaching Russian  language declined, as well as the number of students enrolled in these courses.

A renewed effort to strengthen the bilateral relationship was made at the beginning of the presidency of Vladimir Putin in 2000, when the annual summits between India and Russia were instituted. In 2010, marking a decade of the ‘Declaration on Strategic Partnership’ between the two countries, the joint statement proclaimed that the relationship had reached “the level of a special and privileged strategic partnership.”

How The Approach Should Be :

The process of re-establishing the multi-dimensional relationship has been long; it has also had to contend with the geo-political and geo-economic shifts both at the regional and global levels. This has required the two countries to overcome the old romanticism of the Indo-Soviet ties and engage at a pragmatic level. Today there is no denying the mutual trust and friendship that exists between the two countries. However, the divergences in the goals of the two nations have sharpened in recent times, fuelled by both bilateral and international factors – and have the potential to deeply impact the future of Indo-Russia relationship.