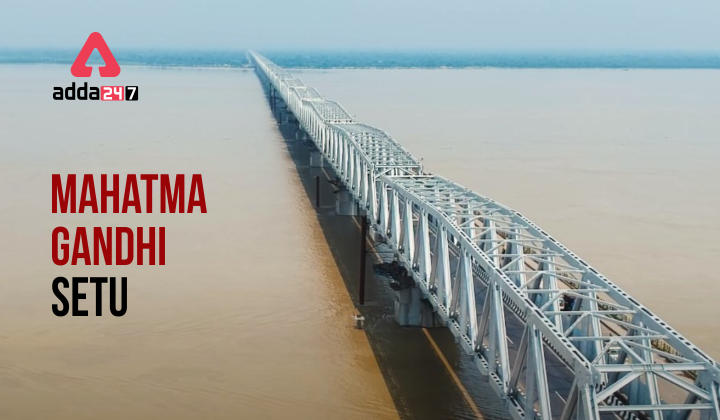 The central government approved the construction of Mahatma Gandhi Setu in 1969. The bridge was constructed by Gammon India Limited and the construction took over ten years. The construction started in 1972 and was completed by 1982, with an expenditure of ₹87.22 crores. The bridge connects the northern part of Bihar with Patna which is the state capital, as a part of NH 19.

Other than these two more rail-cum-road was inaugurated between Digha and Sonepur and other at Munger. Kacchi Dargah Biddupur was also built under the Greenfield Expressway, which was still under construction at Chhapra, Bakhtiyaarpur, and Sultanganj.

The bridge was composed of 45 intermediate spans of 121.065 m each and at each end, a span of 65.530 m. The deck comes with 7.5 meters wide two-lane roadway for IRC class 70 R consisting of footpaths on both sides. For construction Cantilever segmental construction method was used, each span consisted of two cantilever beams on both sides which were free to move at the ends. Two lanes were constructed one upstream and another one downstream, each was 6 meters wide. These are not connected and are free from each other.

Mahatma Gandhi Setu: Why the construction expenditure was increased?

In recent times, the crowd crossing the bridge has increased to an unhealthy amount, which is concerning. The chaos is created due to the increase in the number of vehicles crossing the bridge every day. This is causing overload. The state government decided to build two pontoon bridges parallel to the Mahatma Gandhi Setu considering the everyday problems of overloading and clogging traffic. On 21st September 2020, the foundation stone for 4-lane road bridges was laid by Prime Minister Mr. Narendra Modi, measuring 14.5 Km with an expenditure of Rs.2929.42

3. When was the Gandhi Setu built-in Patna?
Ans. The construction of the bridge was approved by the Central Government in 1969 and was built by Gammon India Limited. It took 10 years to build the Mahatma Gandhi Setu which was from 1972-to 1982.