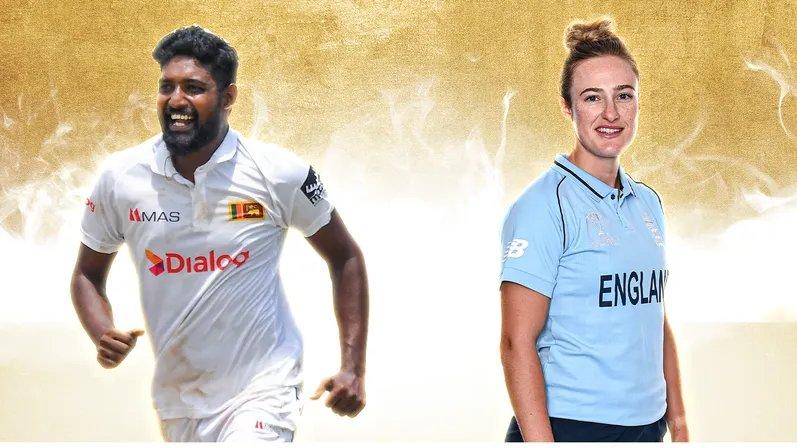 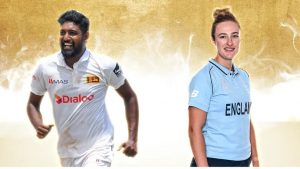 The International Cricket Council (ICC) has announced Sri Lankan spin sensation Prabath Jayasuriya and England batting all-rounder Emma Lamb as the winners of its Player of the Month awards for July 2022.

Prabath Jayasuriya claims the ICC Men’s Player of the Month award on the back of an outstanding series of displays with the ball, where his remarkable haul of wickets sees him crowned ahead of rival contenders England’s Jonny Bairstow. Jayasuriya beat England star batsman Jonny Bairstow and France’s Gustav McKeon for the coveted monthly award.

Emma Lamb was voted the ICC Women’s Player of the Month for July following her thrilling start to life opening the batting in England’s victorious ODI series victory over South Africa. Lamb consistently laid the foundations for her side to claim victory in each of the three matches, with her most notable contribution coming in the first match in Northampton. Lamb secures the ICC Women’s Player of the Month award at the first time of asking, overcoming fellow nominees; England’s Nat Sciver and India’s Renuka Singh.