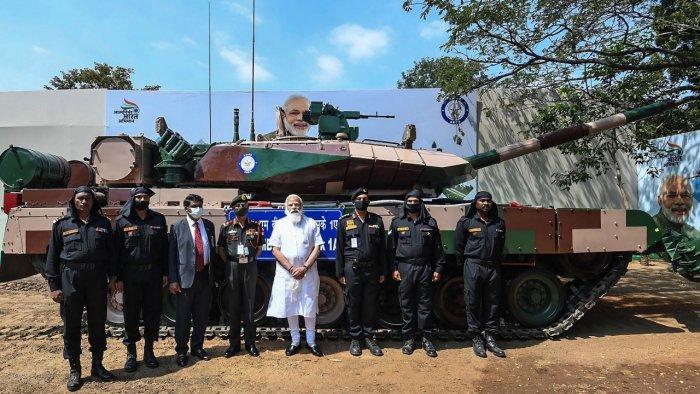 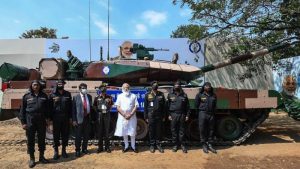 Prime Minister Narendra Modi has handed over the indigenous main battle tank Arjun Mk-1A to the Army in a function at the Jawaharlal Nehru Indoor Stadium in Chennai. Chief of the Army Staff General Manoj Mukund Naravane received the model of the tank, designed and developed by Chennai-based Combat Vehicles Research & Development Establishment (CVRDE), a unit of the Defence Research & Development Organisation (DRDO).

A tank made in Tamil Nadu will be used in our northern borders to keep the nation safe. This showcases India’s united spirit — Bharat’s Ekta Darshan,”. The indent for 118 of these tanks would be placed shortly with the Heavy Vehicle Factory (HVF) at Avadi near Chennai.