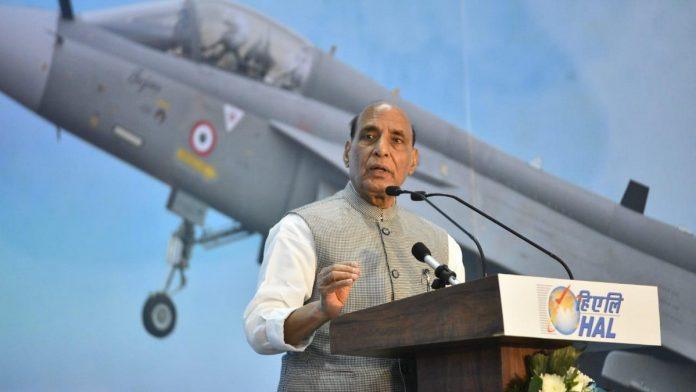 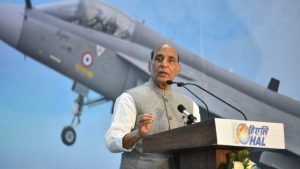 Defence minister Rajnath Singh has inaugurated Hindustan Aeronautics Limited’s (HAL) second Light Combat Aircraft (LCA)-Tejas production line in Bengaluru, ahead of the upcoming Aero India 2021. The deal to be signed in the next few days with HAL would strengthen the Indian Air Force’s fleet of homegrown fighter jet ‘LCA-Tejas’ and overall combat capability.

Last month, the Cabinet Committee on Security (CCS), chaired by Prime Minister Narendra Modi, had approved the largest indigenous defence procurement deal worth about Rs 48,000 crores to buy 83 LCA Tejas Mark1A fighter jets.  The Aero India, which provides a platform for aerospace companies to showcase their products and services is scheduled to be held from February 3 to 5 at the Yelahanka Air Force Station in Bengaluru. During the inaugural day, 41 aircraft including Dakota, Su-30 MKI would participate in the flight display while there would be 63 aircraft on static display.