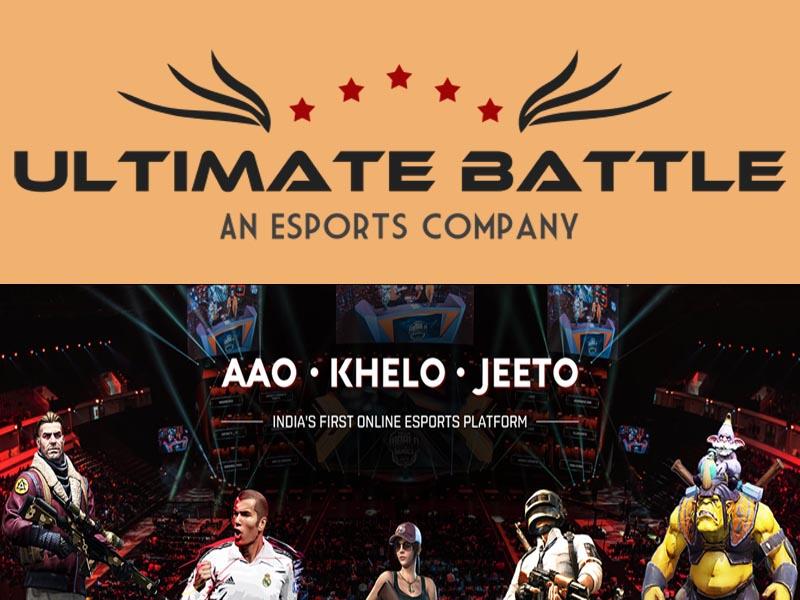 Founder of Ultimate Battle is Tarun Gupta. It is an online eSports platform where gamers can test their mettle against others without paying a fee. India is still small in this segment, gamers need platforms that can give them competitive exposure to improve their skills.

Therefore, Ultimate Battle invites and encourages players to try popular eSports titles of all kinds against other players. It is a complete product of India and it does not charge players money to participate in competitive gaming through the platform.

eSports titles of today and tomorrow

According to Tarun Gupta, “With Ultimate Battle, our vision was to bring eSports to the forefront, organise events and celebrate gaming in all its glory.” He also added that “the platform also serves as a go-to platform to kickstart one’s career in the competitive circuit. All the eSports athletes will get essential exposure and a platform where they can enhance their tactical skills, strategies & coordination”.

This platform provides players multiple avenues to win rewards or recognitions in the form of eSports Tournaments. Rewards are in the form of cash prizes and ‘UB Coins’. These coins that players win are then redeemable as in game items, Google play credits, merchandise and more.

He also said that the involvement of upcoming technologies like AR and VR and their role in shaping the future of eSports. Hopefully in the near future VR-based competitive games will be developed and hit the mainstream.