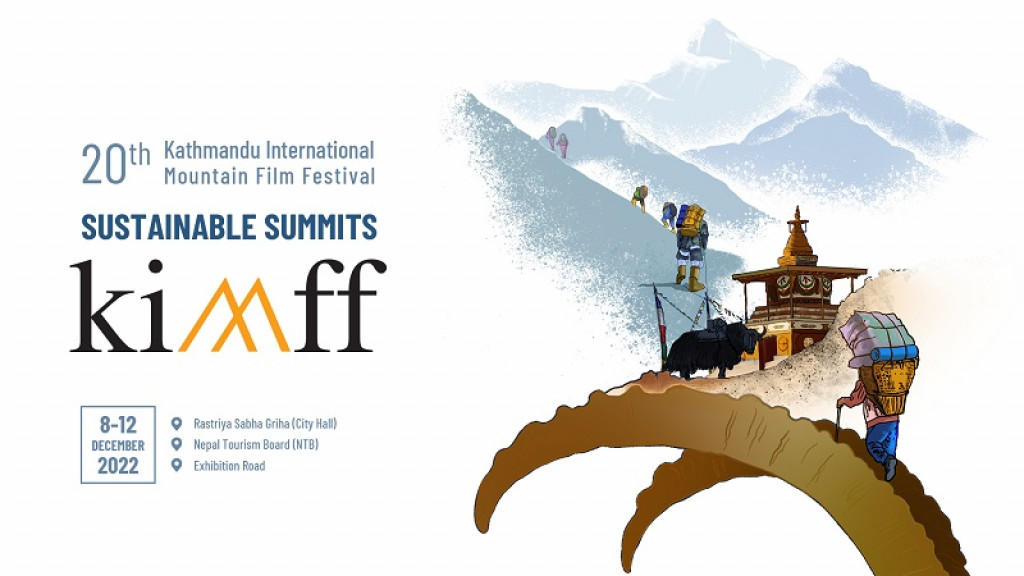 The 20th Edition of the Kathmandu International Mountain Film Festival kicked off in Kathmandu, Nepal. This year, the festival was scheduled to be held from December 8 to 12, 2022. The festival is resuming its physical screening after two years, because of the pandemic and is ready to showcase numerous films from across the world.

The key focus of the film fest is on the mountain communities and cultures to Nepali audiences. This year, the audience will get a chance to witness more than 60 films from 30 different countries, at the Rastriya Sabga Griha and Nepal Tourism Board (NTB) Exhibition Road.

Theme Of this Event:

The theme of the Film Fest is ‘Sustainable Summits’ and is going to feature documentaries, fiction, shorts as well as experimental and animated films.

During the course, of the film fest a discussion on the ‘Future of Nepali Film’ and ‘Young Person in Film’ is also being organized. A workshop on Adventure Filmmaking is also going to be conducted by Switzerland-based filmmaker and journalist Lisa Roosli. The film fest aims to bring together filmmakers, journalists, mountaineers, scholars, and critics from across the world to celebrate the art of filmmaking and to give exposure of world cinema to the Nepali audience.

Indian film Bandhua (Bonded), directed by Shobhit Jain is also going to be featured in the International Competitive Film category along with films like Ayena, Before You were my Mother, and Matto ki Saikil.

The International Film Festival of India or IFFI is organized annually by the Directorate of Film Festivals and the State Government of Goa. This year the festival was conducted from November 20 to 28 in the coastal state of Goa. Founded in 1952, the festival has been considered as one of the most prominent film festivals in Asia.

The first-ever International film festival organized in South Korea. The first edition of the festival was started in the year 1996 having a total of 169 films from 31 countries. This year, the film festival witnessed the screening of around 353 films, which comprises 242 films from 71 countries.

The festival is organized annually by the Hong Kong International Film Society, which aims at making world cinema accessible and affordable to the public. The festival is comprised of various annual programs aiming to promote Asian, Hong Kong, and Chinese film culture.

Celebrating the film culture and film industry of Shanghai, the festival was first organized in 1994. In its 24th edition, which was held in 2021, the film fest witnessed participation of 4,443 films from 113 countries.