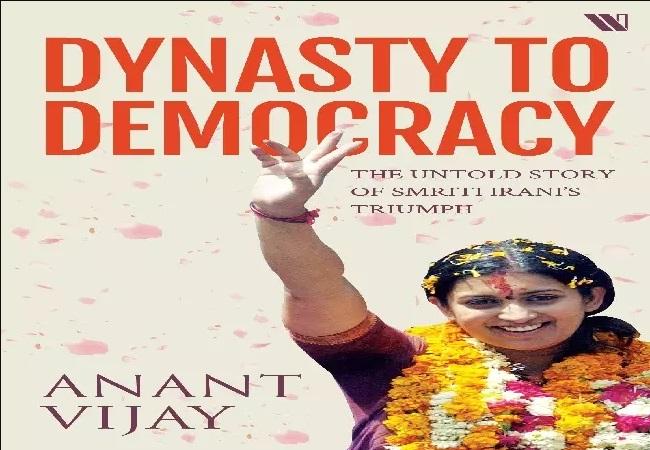 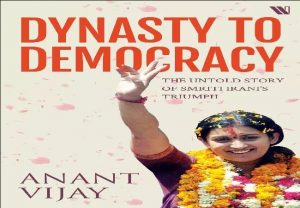 The English translation of journalist-author Anant Vijay’s book “Amethi Sangram: Aitihasik Jeet Ankahi Dastan” will be released on March 15. The book, titled “Dynasty to Democracy: The Untold Story of Smriti Irani’s Triumph”, traces Union Minister Irani’s journey from her defeat in 2014 to her victory in the Congress stronghold of Amethi, Uttar Pradesh during the 2019 Lok Sabha election.  The Hindi book was published in December 2020. The book can also be seen as a study of the RSS’s working style, its strategies and exemplary execution that backed Smriti Irani’s efforts from 2014 to 2019.

The 44-year-old BJP leader had defeated the then Congress chief and MP Rahul Gandhi in his family bastion by a margin of 55,120 votes. It was the second time that Irani had contested against Rahul in Amethi. In 2014, Rahul got 4,08,651 votes against Irani’s 30,0748 votes.