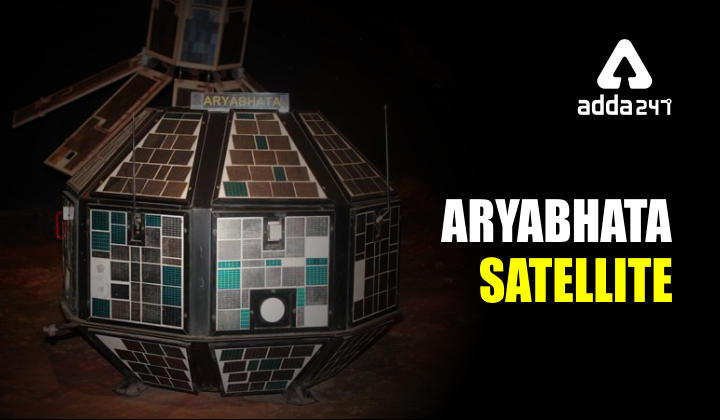 India’s first satellite Aryabhatta was named after the mathematician and astronomer of 5th-century Aryabhatta. It was India’s first satellite and was launched on 19th April 1975 from Kapustin Yar, a Soviet rocket launch and development site in Astrakhan Oblast using a Kosmos-3M launch vehicle. ISRO built the Aryabhatta Satellite and launched it through the Soviet Union as a part of the Soviet Interkosmos programme, it provided access to space for friendly states.

It was launched on 19th April 1975, from Kapustin Yar, a Soviet rocket launch and development site in Astrakhan Oblast using a Kosmos-3M launch vehicle. The launch was successful because of the agreement between India and the Soviet Union directed by UR Rao and the agreement was signed in 1972. The agreement allowed the USSR, to use the Indian portals for tracking ships and launching vessels and in return if allowed India to launch various Satellites. The satellite was built for helping India for experimenting with X-ray astrology, agronomy, and solar physics. The satellite was a 26- sided polyhedron that was 1.4 meters in diameter. Except for the top and bottom, all the faces of the spaceship were covered with solar cells. For almost four days the experiment was halted and 60 orbits with all signals from the satellite were lost after five days of the operation. Until March 1981, the mainframe of the spaceship remained active.

1. Aryabhatta Satellite was under the Astrophysics mission type.

2. The operator and inventor of Aryabhatta Satellite were ISRO.

3. The orbit parameters of the Aryabhatta Satellite were perigee altitude of 563 km, Apogee altitude was 619 Km, time was 96.46 minutes, and the Inclination of 50.7 degrees.

1. What was the purpose of the Aryabhata Satellite?

Ans. Aryabhatta Satellite was established for performing experiments in X-ray astrology, agronomy, and solar physics, by ISRO. It carried scientific experiments to the atmosphere of space.

2. Who launched the first satellite in India?

3. Who was India’s first satellite named after?

Ans. India’s first satellite Aryabhatta was named after the Indian mathematician and astronomer of the 5th center Aryabhatta.

4. How many Satellites does India has?

Ans. India has 53 operational Satellites which are used for various purposes like communication, navigation, and observation.