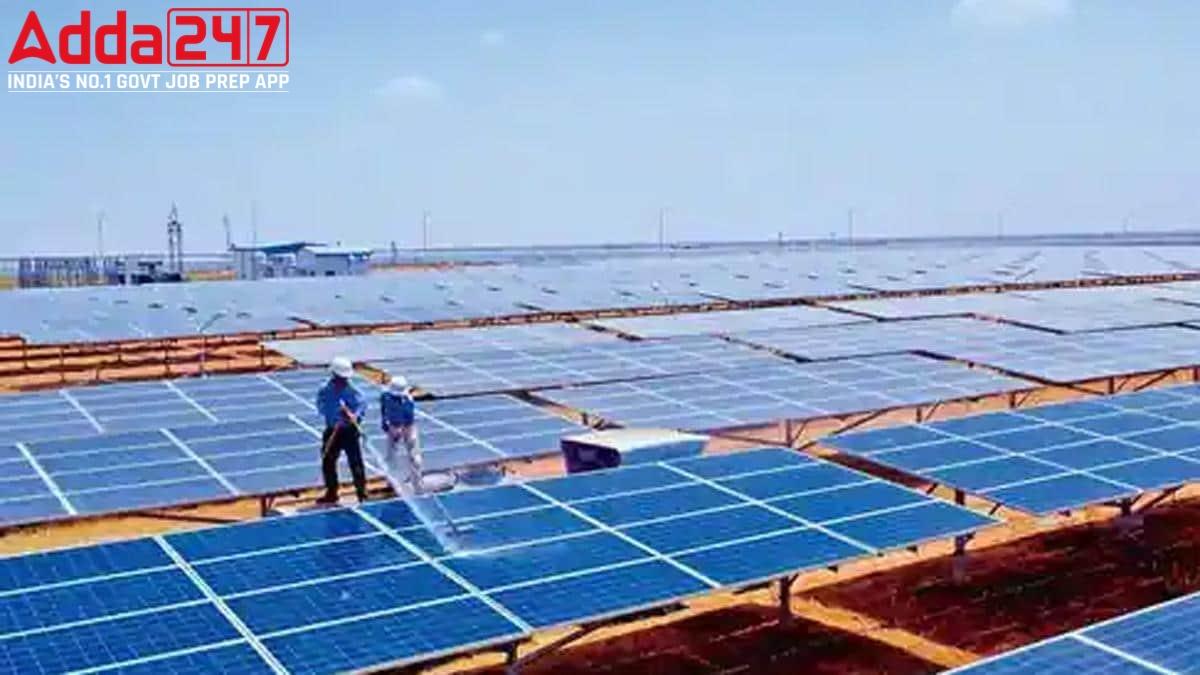 With the second tranche of the PLI scheme the government is hoping that about 65GW per annum manufacturing capacity of fully and partially integrated, solar PV modules would be installed in the country. “The second tranche of the PLI scheme for the national programme on ‘high efficiency solar PV modules’ has been approved with an outlay of Rs.19,500 crore. Through this we are looking at achieving manufacturing capacity of Giga Watt (GW) scale in solar PV modules in India, thereby reducing import dependence in the area of renewable energy. It will also strengthen the government’s Atmanirbhar Bharat initiative and generate employment,” he said.

The move is significant as at present all manufacturing in the solar energy sector in India is restricted only to cells and modules. India currently has no manufacturing of solar wafers and polysilicon. Through this scheme, the government will push for solar parts manufacturing in three categories with the bulk of the focus being on producing integrated units, and the other two being equally divided between wafers-polysilicon and cells-modules.

The government has also set a target of 500GW of installed electricity capacity from non-fossil sources by 2030 would roughly mean a capacity of 280-300GW of solar energy. Union finance minister Nirmala Sitharaman had first announced the second phase of the PLI scheme in manufacturing solar modules in her budget speech on February 1 this year. “In order to support domestic manufacturing of solar panels for meeting the target of 280 GW of installed solar capacity by 2030, ₹19,500 crore for PLI for high-efficiency modules with priority to fully integrated units will be made in 2022-23,” she said while tabling the union budget for the Narendra Modi government.

By “fully integrated solar units”, the government means everything across the solar value chain, from polysilicon, ingots to cells and modules. The key difference in PLI tranche-I and tranche-II is that the minimum efficiency that was previously permitted has now been increased by one percentage point. The PLI that will now be disbursed will be based on local value addition, efficiency and there will be a tapering factor over five years which is a message to the industry that after five years they cannot remain dependent on subsidies and have to become competitive on their own.

Success Of The Previous Scheme:

Bids for the first tranche were awarded in November-December last year and it was for ₹4,500 crore. A total integrated capacity of 8.7 GW was awarded in the first tranche last year. “The bids received in that auction was about ₹24,000 crore. So, the balance amount of ₹19,500 crore was requested by our ministry as an additional demand which was announced in the budget as well. Today what has been approved by the Cabinet led by Prime Minister Narendra Modi is the bud design for the additional allocation of the ₹19,500 crore,” said Indu Shekhar Chaturvedi, secretary, MNRE. While 29GW will be under the fully integrated plan, he added that 18GW of solar plants will be integrated from wafers to modules and another 18GW of plants integrated over cells and modules. The total expected annual manufacturing capacity is likely to be about 65GW.

“Solar PV manufacturers will be selected through a transparent selection process. PLI will be disbursed for five years post commissioning of solar PV manufacturing plants on sales of high efficiency solar PV modules from the domestic market will be incentivised. The scheme is expected to bring direct investment of around Rs.94,000 crore and will also help in the creation of manufacturing capacity for balance of materials like EVA, Solar glass, backsheet, etc,” the government later said in a statement.

To promote indigenous production and curtail imports from China, the government last year on March 9 had announced basic custom duty on solar cells and modules. “After that announcement, the module manufacturing capacity in India has doubled from about 10GW to 20GW. Cell manufacturing capacity in India has also gone up from 3GW to nearly 4.5GW,” the MNRE secretary said.