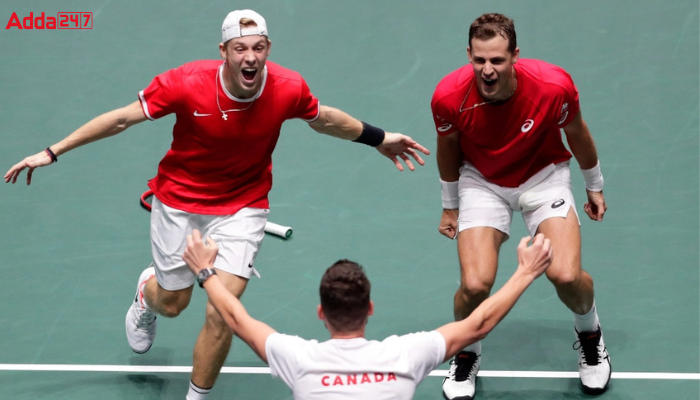 Canada won their first Davis Cup title after Felix Auger-Aliassime beat Australia’s Alex de Minaur by 6-3, 6-4 in the second match of the finals. Felix Auger-Aliassime, who is world number six, had to guard against three break points in the first set but also found his rhythm in the eighth game.

The 2022 Davis Cup is the 110th edition of the Davis Cup, a tournament between national teams in men’s tennis. It is sponsored by Rakuten. The Russian Tennis Federation were the defending champions, but they and Belarus were eliminated from competing in international events due to the 2022 Russian invasion of Ukraine.