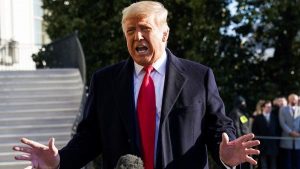 President Donald Trump was impeached by the U.S. House for a historic second time on January 13, charged with “incitement of insurrection” over the deadly mob siege of the Capitol in a swift and stunning collapse of his final days in office. He was first impeached in 2019 over his Ukraine dealings.

The House voted 232-197 to impeach Mr Trump. The proceedings moved at lightning speed, with lawmakers voting just one week after violent pro-Mr. Trump loyalists stormed the U.S. Capitol, urged on by the President’s calls for them to “fight like hell” against the election results.