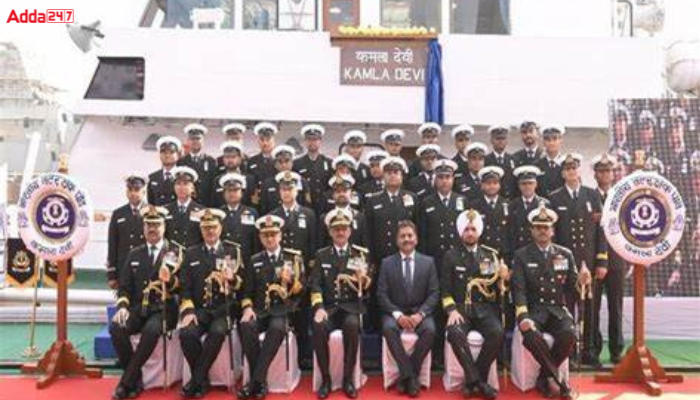 ICGS Kamla Devi is 48.9 meters long and 7.5 meters. It has a displacement of 308 tonnes. It is capable of a top speed of 34 knots and an endurance of over 1,500 nautical miles.  It has an integrated bridge system and is fitted with a 40/60 gun as the main armament. The ship has advanced livable facilities with fully air-conditioned accommodations for 35 personnel.

MV Ma Lisha is designed and built by Garden Reach Shipbuilders and Engineers (GRSE) Ltd and will be housed in Chennai. The ship was launched on 15th June 2022 and within six months, GRSE secured the ‘Technical Acceptance’ of the ship on 16th December 2022. It is a 70-meter-long vessel with a displacement of 1,700 tonnes and is propelled by two diesel engines and can attain a maximum speed of 15 knots.