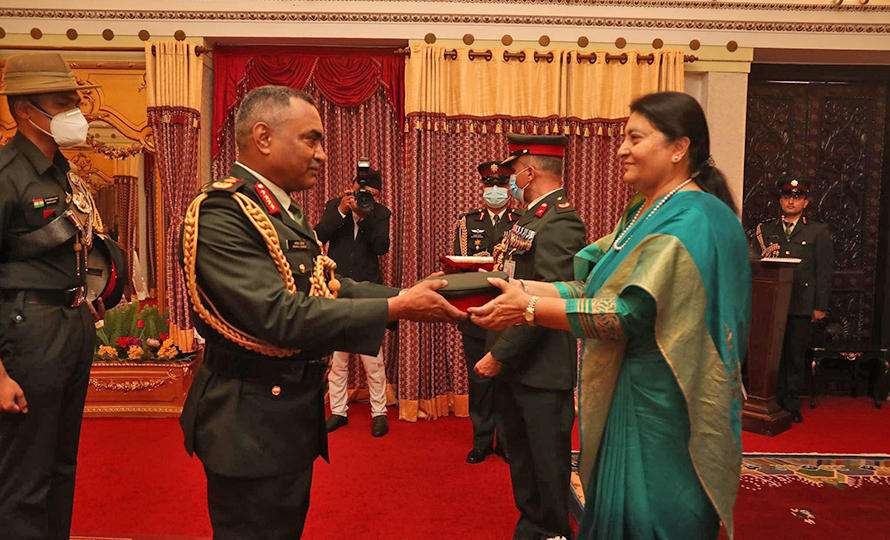 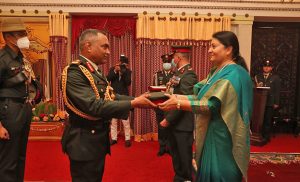 Indian Army chief General Manoj Pande was conferred the title of Honorary General of the Nepali Army by Nepal President Bidya Devi Bhandari in Kathmandu. General Pande was honoured at a special ceremony at the President’s official residence ‘Shital Niwas’ in the capital city of Nepal. He has also presented a sword and scroll during the function.

On behalf of the Indian government, General Manoj Pande presented training equipment to Nepali Army, along with Light Vehicles which would augment the capabilities of Nepali Army personnel.

The history behind this process:

The practice follows a seven-decade-old tradition of decorating army chiefs of each other’s countries with the honorary title. Commander-in-Chief General KM Cariappa was the first Indian Army chief to be decorated with the title in 1950. In November last year, the Chief of the Nepali Army, General Prabhu Ram Sharma was also made the Honorary General of the Indian Army by President Ram Nath Kovind at a ceremony in New Delhi.